Startup to Use CubeSats for IoT and Inter-Satellite Communications 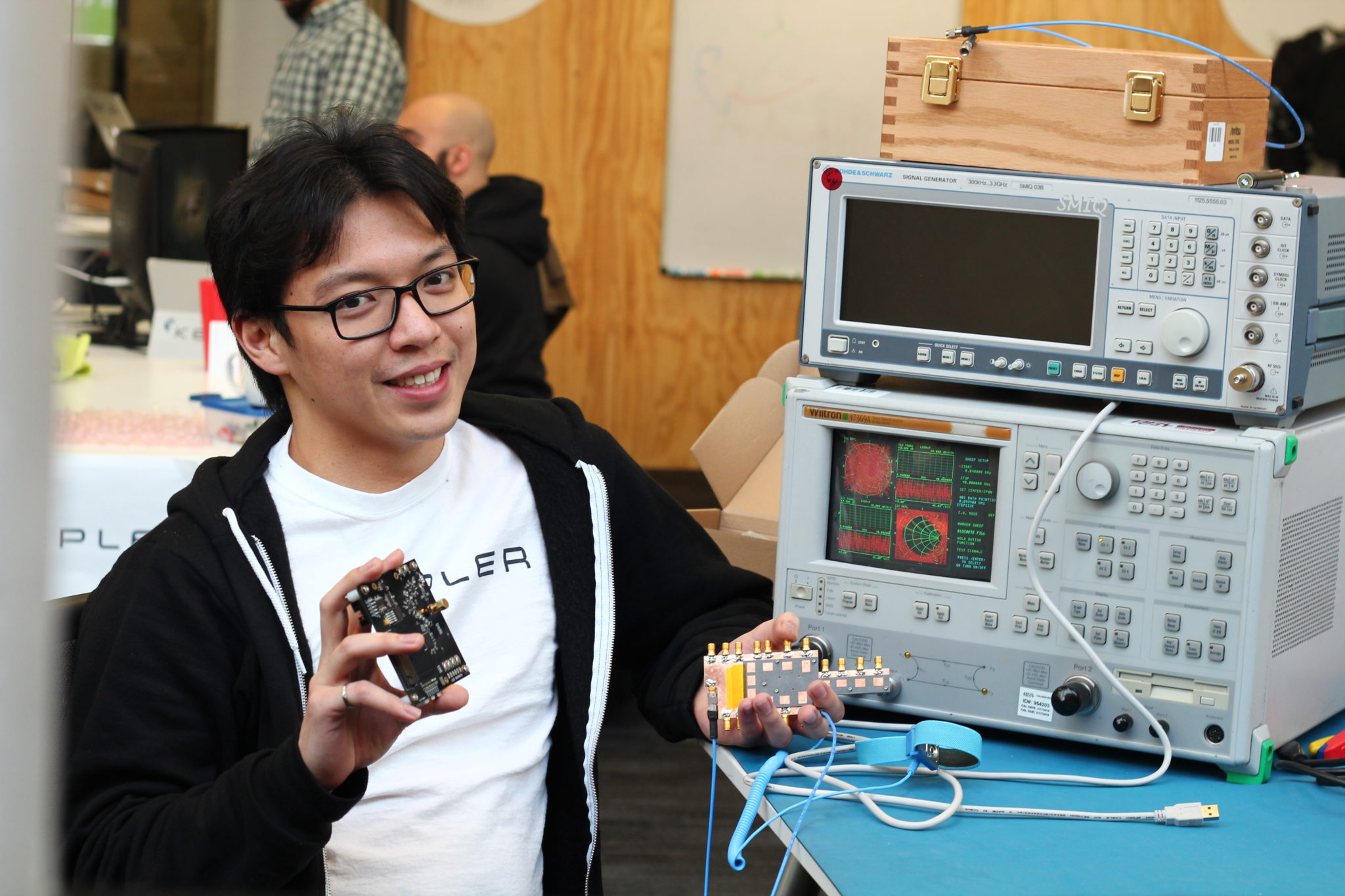 [Via Satellite 08-31-2016] Kepler Communications, a small satellite startup, is designing a constellation of CubeSats for Internet of Things (IoT) and inter-satellite communications services. The company last month announced $5 million in capital raised through an oversubscribed seed round, along with plans to potentially deploy an initial service in the second half of 2017.

Kepler’s goals are to provide a vastly improved IoT backhaul for customers on the ground, as well as real time access to satellites in the same orbit. In an interview with Via Satellite, Co-Founder and CTO Wen Cheng Chong said the fresh capital has given the company the means to start building out its system.

“This $5 million allows us to launch our pilot service,” he said. “This means two satellites will go up by the end of next year. In the meantime we’re securing contracts with launch providers, signing with bus suppliers and ground station suppliers so that we get to roll out a full network.”

IA Ventures led Kepler’s seed round, with Liquid 2 Ventures, Techstars, Globalive Capital, BDC, and a number of high profile angel investors participating. Chong described what Kepler is pursuing as similar to the disruptive models of Planet and Spire — each of which has used CubeSats to provide commercial services from Low Earth Orbit (LEO) — only rather than remote sensing, Kepler is focused on communications.

Chong said the company’s pilot program would start with performing backhaul for IoT devices in remote locations, providing a way for data from those sites to be relayed back to their operators.

“What we would do is provide a user terminal that is rugged and can survive harsh environments that would be a lights off operation. That user terminal will aggregate data from all these sensors and beam the data up to our satellite when it is overhead. Once we pick up that data we will downlink it back at our gateway. So it is like a data storing-forward service, but targeted toward the M2M/IoT space,” he explained.

Following the IoT backhaul service, Kepler then plans to create a network that would enable other satellite operators in LEO to downlink their data using Kepler satellites. Chong said the company’s long-term goal is to solve the “satellite line of sight issue” where LEO operators must wait until their spacecraft pass over a visible ground station before they can downlink data, such as imagery, weather, and information about the satellite’s health and location.

“If you have a ground station and you have a satellite in LEO between say 400 to 1,000 kilometers, you get to talk to it for only about 10 percent of its lifetime, which is not very good. Our proposition is to launch many of these small satellites that would act as a relay or a modem in space and keep bouncing data with one another until one is found above a ground station, and then it would bring the data back down in a real time fashion,” he said.

Kepler is starting with two 3U CubeSats operating in Ku-band. The network would then expand to an initial constellation of 10 to 15 satellites in a polar orbit. With this fleet, the company would provide low data rate communications for various user terminals to the satellite, and a very large pipe to the gateway when over ground stations.

Chong said the IoT applications of the Kepler system include connecting a variety of things like ship tracking, seismic activity sensors, greenhouse gas sensors, livestock, polar ice measurement sensors and more. For providing real-time downlinking service for other constellations, he said the company received at least six to 10 Letters of Intent (LOIs) from potential satellite operator customers even prior to raising money. Chong said part of the reason for having two lines of business is to provide a surer and sooner path to revenue. Providing the inter-satellite downlink service is not scheduled until the 2018 to 2019 timeframe.

“The reason we can do this is because of this proliferation of the CubeSat standard,” he said. “Access to space is at a low cost now — obscenely low compared to the past — and by using satellite we can get global coverage that is not achievable with a terrestrial network. Because it’s cheap, fast to develop and global, and we think this is the prime time for us to head into this market with this form factor.”