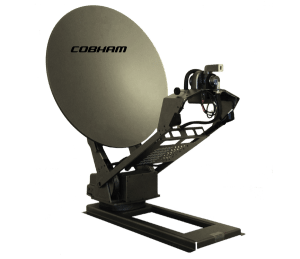 The terminal is an auto-deploy drive-away system for use on any land-based vehicle, trailer or skid mount. It uses a fully integrated iDirect core module to quickly tap into the network, and a 1-meter aperture for high data rates.

The second of three satellites in the GX constellation, I5-F2, this week completed its orbital deployment stages. Inmarsat has begun three weeks of payload testing from the operator’s GX gateway site in Nemea, Greece. The third satellite is slated to launch in Q2 this year.