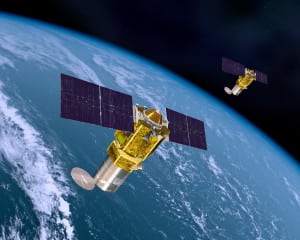 [Via Satellite 09-10-2014] Boeing has received a contract for two 502 Phoenix small satellites from HySpecIQ. The satellites will carry hyperspectral payloads for advanced imaging capabilities.

As part of the agreement, Boeing will handle sales, as well as processing and distribution for the United States Department of Defense (DoD) and the intelligence community. HySpecIQ will sell hyperspectral imagery products to commercial and civil customers worldwide.

The two satellite’s hyperspectral imaging payloads will be able to collect more than 200 spectral colors from both the visible and shortwave infrared parts of the electromagnetic spectrum, providing more insightful data for a variety of markets. Boeing is on contract to complete the satellites by 2018, and may support long-term operations and maintenance depending on future contract decisions.