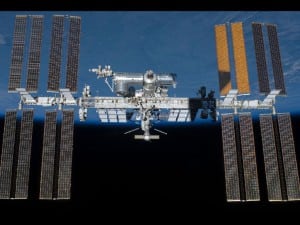 [Via Satellite 08-14-2014] NanoRacks and SSL’s partnership for the Hosted Payloads Solutions (HoPS) program is one of the most unique approaches to the Air Force’s recently announced Indefinite Delivery Indefinite Quantity (IDIQ) contract. NanoRacks, a small company providing access to the International Space Station (ISS), and SSL, an established satellite manufacture, have decided to work together to pursue opportunities they would not have been able to access individually.

“The HoPS solicitation was too big for a company like NanoRacks to respond,” Rich Pournelle SVP of business development at NanoRacks told Via Satellite. “Testing facilities on the ISS is a perfect complement to SSL offerings.”

Through the HoPS contract, SSL, enabled by NanoRacks, has the potential to bring government payloads to the ISS. SSL has two HoPS contracts: one for Low Earth Orbit (LEO)/Medium Earth Orbit (MEO) and another for Geostationary Orbit (GEO). The LEO/MEO contract means the company could also bring its experience in management and engineering support services to help NanoRacks with host accommodation.

“You can see that we are trying to expand out into different orbital regimes as well as different service regimes,” said David Lackner, VP business development at SSL. “NanoRacks already has the capability to go to ISS … we can help guide the correct opportunities to NanoRacks if they need to go to ISS.”

Currently, the Center for the Advancement of Science in Space (CASIS) has three awardees with the potential to use the NanoRacks External Platform (NREP), a device on the outside of the ISS that allows exposure to the extreme conditions of space. Those three are for evaluating remote sensing technology, space-based radiation testing and photovoltaic cells made of carbon nanotubes. Pournelle said bringing a HoPS payload to the floating laboratory is NanoRack’s next goal.

For SSL, the ISS is a desirable location to research payloads for the HoPS IDIQ contract. The challenge, however, is that the ISS has unique safety requirements as a manned research platform. NanoRacks is helping SSL through its relationship with NASA to make use of the station and leverage its benefits.

The NanoRacks NREP as seen from the front. Photo: NanoRacks

“One of the hard parts about doing all this, whether it’s ISS or not, is getting your data back to the ground; so that is one of the things we want to tackle: making it easy to have a science payload or remote sensing system and deliver the data back to the ground seamlessly … there is a higher regulatory bar and process that takes place, but NanoRacks with their Space Act Agreement (SAA) alleviates that pain. That’s part of the reason why we want to work with them,” said Lackner.

Lackner said the way the ISS is constantly manned is a strong benefit, because it provides a means for greater interaction with payloads that otherwise is not possible once in space. From a science perspective, the number of moving parts on the station can produce a fair amount of jitter, he said, but the scale of the ISS makes it very resource rich. Beyond high-power GEO satellites, all other options pale in comparison in terms of size and power available for testing.

SSL also anticipates seeing an overlap in its LEO research with NanoRacks for the company’s GEO HoPS contract as well as the Payload Orbital Delivery system (PODs). SSL has a growing interest in small satellites, having learned how to build a LEO bus from working with Skybox Imaging. Recently purchased by Google for $500 million, Skybox contracted SSL to build 12 satellites for Earth observation. PODs is another avenue for SSL to enter the SmallSat domain.

“I think that it’s interchangeable,” said Lackner. “We are looking for people who want to use PODs and hosted payloads as rideshare opportunities and that’s nothing new, but PODs has the opportunity to standardize it in the same way that [California Polytechnic State University] standardized the 1U CubeSat. If PODs becomes a standard for large GEO communications satellites to take smaller payloads, that would be a very positive thing.”

Pournelle agrees that collaborating on the ISS in LEO will have interrelating benefits for GEO.

“Obviously everything is not going to be completely analogous, but for being able to get a lot of operational data it will help, especially with raising the [Technology Readiness Level] TRL process where there are high-risk portions that are going to go to GEO. Rather than waiting for the next opportunity to go to GEO to be able to test it, you can move much faster by doing it on the ISS. There is certainly a lot of overlap for being able to get data back quickly and feed it back into the programs,” he said.