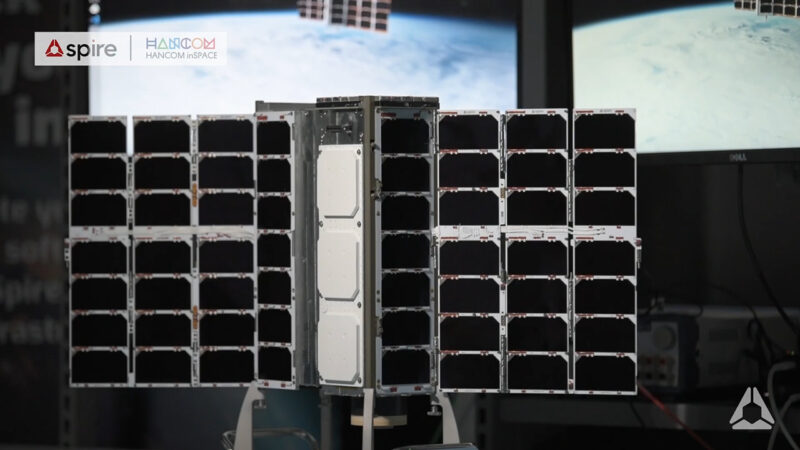 The Hancom-1 Satellite (photo by Spire)

Hancom provides satellite imagery analysis for commercial and government applications through an integrated ground systems platform. Its first Spire 6U-model satellite, HANCOM-1, launched in May on the SpaceX Transporter-5 Mission from Cape Canaveral Space Force Station. It was the first commercial satellite deployed for a privately owned South Korean company.

HANCOM-1 and HANCOM-2 are designed to collect optical imagery for applications in the agriculture sector, including landscaping applications and the expansion of its existing image analysis portfolio offerings. Hancom plans to eventually launch and operate a constellation of up to 50 satellites.

“The satellite data business has been mainly used in areas such as defense, military, disaster and disaster control due to its characteristics, but now it is expanding to the civilian market,” said Choi Myungjin, CEO of Hancom inSpace. “Hancom inSpace plans to provide solutions that observe crops and predict output through satellite observations; initial target countries are in Asia and the Middle East, where demand for satellite image data is high. The company’s ultimate goal is to build an image data service belt that covers all space, aviation, and ground. Hancom inSpace plans to continue its cooperative relationship with Spire.”