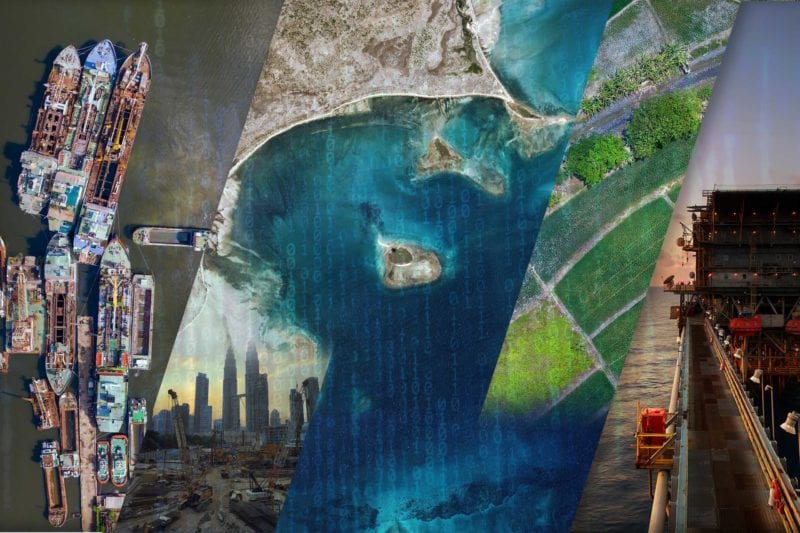 ST LOUIS – Competition in commercial remote sensing reached an inflection point in 2016 in the number of satellites on orbit, a number that doubled in 2017, and another milestone will soon be reached as more companies have Low-Earth Orbit (LEO) satellites and constellations being manufactured. In the next four to five years, 400 to 500 remote sensing satellites will be launched into orbit annually, demonstrating the speed at which the commercial geospatial intelligence market is growing, an official with the National Geospatial-Intelligence Agency (NGA) said on Thursday.

“So, that’s going to be a massive change in the capacity on the types of capabilities we can get commercially,” David Gauthier, director of Commercial and Business Operations at NGA, said at the GEOINT 2021 Symposium in St. Louis, Missouri.

And the competition is no longer dominated entirely by U.S. companies, Gauthier said, highlighting that some foreign companies are ahead in some areas.

Gauthier told the audience he was shocked to hear in March that the Office of the Director of National Intelligence said the technology in the foreign commercial market is a little bit ahead in some cases.

The answer “was shocking to our policy makers, so much so they said, ‘We really want a deep dive on that,’” Gauthier told the audience. As a result, the Intelligence Community’s (IC) Commercial Space Council tasked Gauthier’s office for market research on the global remote sensing market, he said.

The result was a Commercial Imaging Olympics, which he said will be redone annually. The “Olympics” assessed the market through a standard technical methodology in use by the NGA and applied it across nine technical performance categories of capabilities, such as best Electro-Optic (EO) performance, best multispectral imaging, and best pan resolution.

In six of the categories, gold medals were awarded to foreign companies, including Chinese firms in the areas of best video, best EO persistence, and best hyperspectral imaging, according to a slide showing the gold, silver and bronze medalists in each category.

China’s proliferation of LEO EO constellations was a surprise, Gauthier said, noting that “They’ve got great video systems. They’ve got high revisit rate. And most people were not really paying attention that this had happened.”

“This isn’t a U.S. game,” Gauthier said. “The global nature of remote sensing has really taken off.”

Some of the results were expected, such as Maxar Technologies’ Worldview 3 satellite system to have “the best resolution in the world, and it does,” Gauthier said. European companies were also expected to dominate SAR given their performance here over decades, “and they do,” he added. Capella Space, a U.S.-based developer and manufacturer of small satellites, was a surprise winner for the best resolution on orbit, he said.

“So, the smallsat SAR community is shaking up the game,” Gauthier said.

ICEYE’s win was unexpected, but “they have more SAR satellites on orbit and a better revisit time, so, the new guys are catching up,” Gauthier said.

Gauthier said that for U.S. policymakers, the reaction is, “When did this happen? How did this happen? What are we doing about this? We see the U.S. industry as an engine of economic opportunity and if our technical industry is falling off to the wayside, how do we get that back on track? Why is this happening? What can we do?”

The IC’s Commercial Space Council is working to answer the question about what policies can be crafted to bolster U.S. industry’s position in commercial remote sensing, he said.

The upshot of this competitive global market is the importance of “allies and partners to complement your strengths with their strengths” emphasizing that the advantage is turning all this data rapidly and responsibly into analytic insights and knowledge, he said.