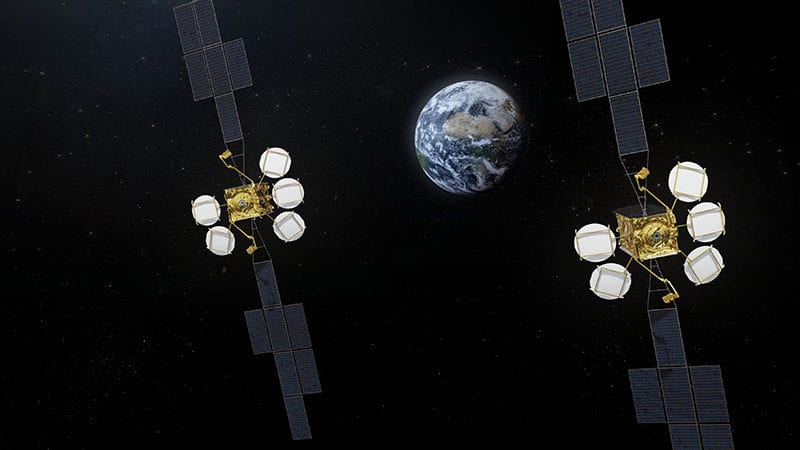 The European GNSS Agency (GSA) has selected Eutelsat Communications to develop, integrate, and operate its next-generation EGNOS GEO-4 service. The 15-year contract, announced Tuesday, has a total value of 100 million euros ($121 million), of which 85 million euro is subject to the confirmation of funds allocated to the EGNOS program from the European Union budget.

EGNOS is the European Geostationary Navigation Overlay Service that acts as an augmentation service to global positioning systems, to improve the reliability of positioning information. Eutelsat currently operates the EGNOS GEO-3 payload on its EUTELSAT 5 West B satellite, which entered into service in February 2020. The EUTELSAT HOTBIRD 13G satellite will host the EGNOS GEO-4 payload. The satellite is being built by Airbus Defence and Space and is scheduled for launch in the first half of 2022.

Rodrigo da Costa, GSA executive director commented: “The GSA has awarded Eutelsat the EGNOS GEO-4 contract to manage this important payload that enhances the GSA’s core mission to deliver reliable and secure space-based services. Along with delivering economic benefits to innovative service providers and related businesses, satellite navigation is changing how we manage the mobility, safety and security of people and goods for Europe and beyond in fundamental ways.”