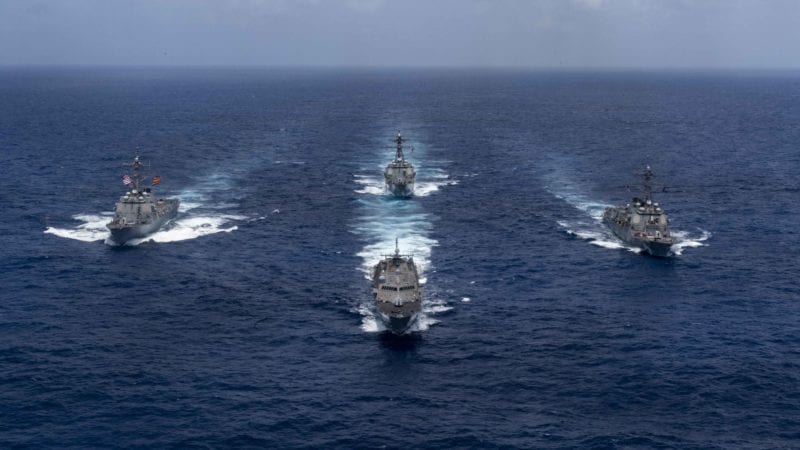 Isotropic Systems has received an antenna evaluation and development contract with the Defense Innovation Unit (DIU), an organization within the U.S. Department of Defense. The contract will test the ability of Isotropic’s patented multi-beam antennas for high-powered bandwidth aboard next-gen Naval vessels at sea. The collaboration contract is focused on the delivery of a low-profile, high performance, affordable and customizable antenna to support multiple links over multiple bands of satellite capacity, including S-, C-, Ka-, Ku-, X-, and Q-band connectivity.

In a Monday announcement, Isotropic said that DIU will prototype and analyze the performance of its resilient optical beamforming terminals during an extensive series of environmental and interference chamber tests throughout this year. Teams will measure the impact of harsh elements, such as intense winds, salt water, and electromagnetic interference (EMI). This collaborative review will begin in the lab and may lead to milestone evaluations aboard U.S. Navy ships.

Isotropic Systems Founder and CEO John Finney answered some questions for Via Satellite about the importance of this contract. 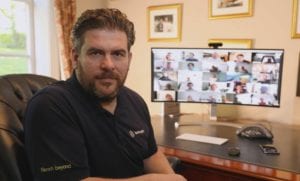 VIA SATELLITE: What is the significance of this contract for Isotropic as a company?

Finney: This contract with the Defense Innovation Unit signifies that we are driving to the heart of the Navy’s requirements with our optical beamforming technology. Our team has worked incredibly hard to push the boundaries of what is possible from a satellite user terminal and it’s exciting to get confirmation that the features we are offering are solving some of the biggest challenges the Navy currently faces. We are thrilled to be a next-level enabler to bring together multi-band, multi-orbit commercial and military capacity to deliver intelligence data at the tactical edge over a single platform.

VIA SATELLITE: How did this partnership come about? How long has it been in the works?

Finney: One of the great things about the DIU is how quickly they move.  We only recently made the shift to focus on DoD customers and within only a couple months we were under contract.  The DIU team has been phenomenal to work with.

VIA SATELLITE: Is the first the public has heard of the terminal that the Navy will be testing? Isotropic is developing customer edge terminals in Ka-band, but the terminal in this instance supports multiple bands.

Finney: The Navy is interested in everything from S-band through Q-band. Our Gen1 products will cover the commercial and government Ka- and Ku- satcom bands.  However, one of the reasons we have chosen to use isotropic materials is to achieve ultra-wideband performance from the optical beamformers. Our product roadmap includes a common Ka/Ku terminal and we have demonstrated a viable path to even wider frequency coverage. Unfortunately, I cannot disclose the exact bandwidth coverage we have demonstrated but we will be working closely with the DIU and the Navy throughout this contract to determine which frequency bands they are interested in covering with our technology.

VIA SATELLITE: How will this terminal expand the Navy’s capabilities?

Finney: Satcom solutions today are extremely fragmented and this will only become more apparent with the enormous amount of capacity coming online across multiple orbits. The Isotropic terminal is designed for the future satellite ecosystem by delivering multiple full performance simultaneous beams across any orbit (Low-Earth Orbit, Medium-Earth Orbit, Geostationary) with unparalleled scan performance to ensure continuous high-speed connectivity during turbulent sea conditions. The terminal provides full situational awareness through sky mapping and seeks multiple communication pathways to find the best link for any given scenario. This flexibility is crucial in the dynamic environment of the future battle space. Our modular design can also conform to the limited real estate aboard a ship to provide the optimum performance in a low profile.

VIA SATELLITE: Can you reveal the financial component to this contract?

Finney: No, sorry, only to say it is a major contract.