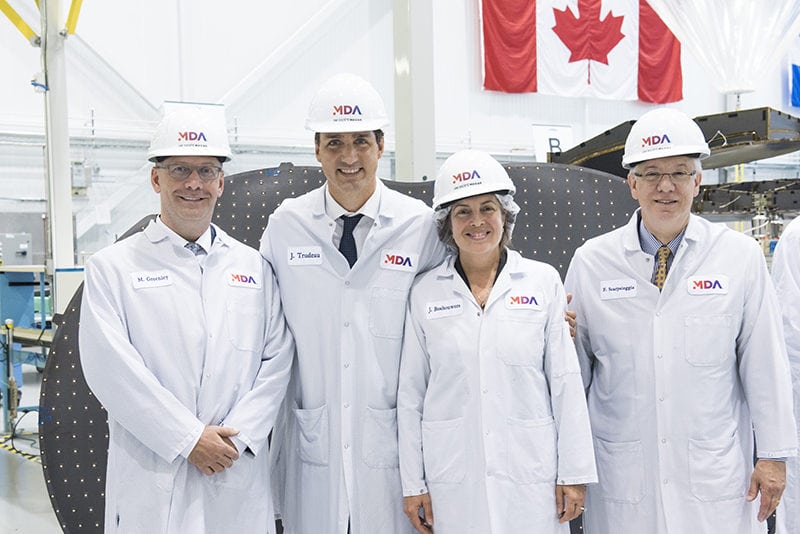 The RCM satellites will be the third generation of synthetic aperture radar satellite technology MDA has provided the Canadian government. The satellite system is designed primarily for maritime surveillance, disaster management, and ecosystem monitoring — allowing Canada to better monitor its oceans, forests, wetlands, farmlands, natural resources, transportation corridors, and ocean approaches. The three spacecraft will be launched on a SpaceX Falcon 9 rocket from Vandenberg Air Force Base in California later this year.

During his visit, the Prime Minister helped to place a thermal blanket on one of the satellites to protect it from the extreme temperatures in space. He was also introduced to MDA’s digital manufacturing techniques for space systems.