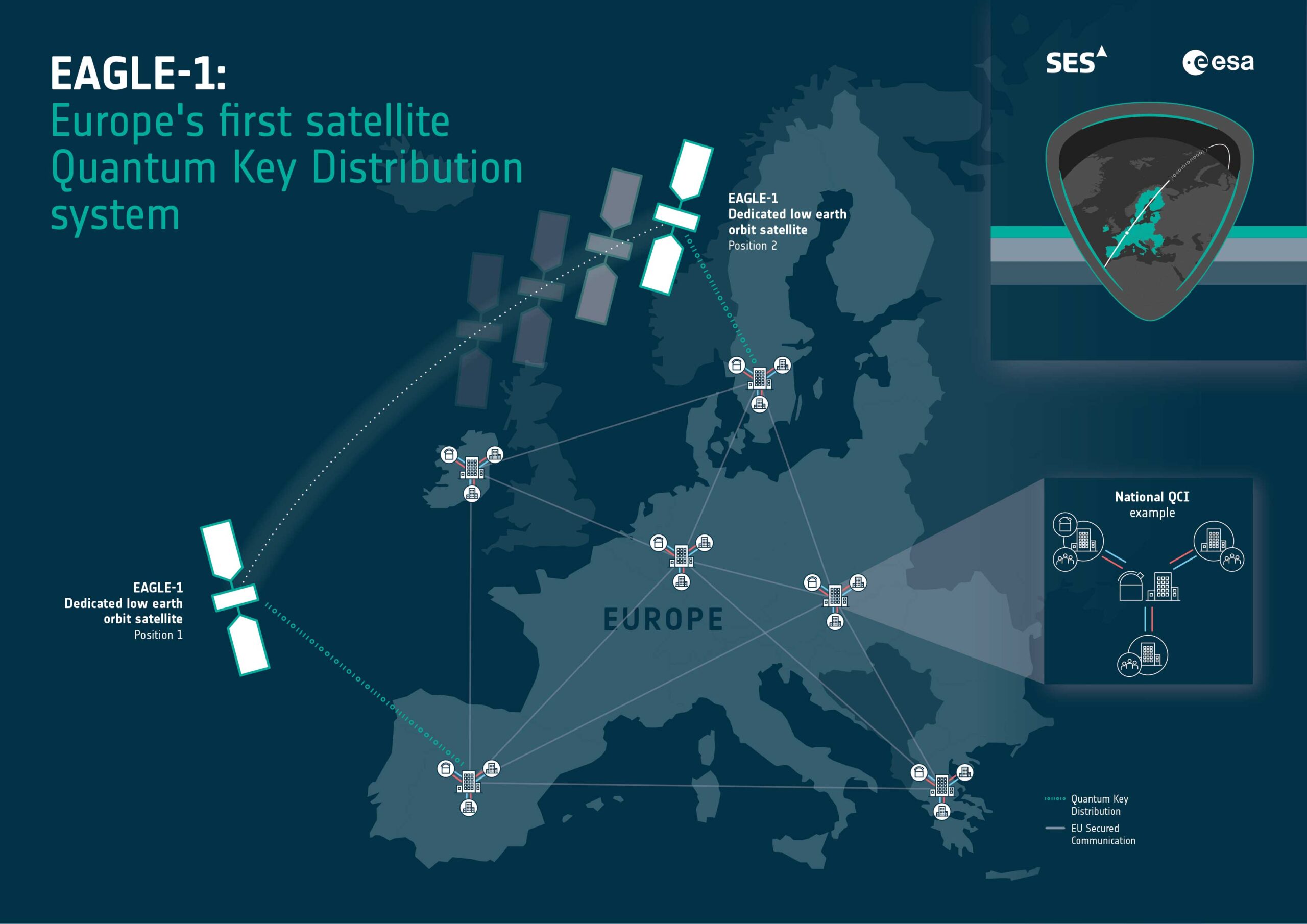 The European Space Agency (ESA) announced Thursday that SES will lead a consortium of 20 companies to develop and launch a secure quantum key distribution (QKD) satellite in 2024 for European secure communications.

ESA Director General Josef Aschbacher said the Eagle-1 project is toward future European quantum communications that are secure and scalable.

“European security and sovereignty in a future world of quantum computing is critical to the success of Europe and its member states,” said SES CEO Steve Collar, CEO of SES. “We are proud to leverage our multi-orbit credentials and our innovative platforms and solutions … to advance quantum communications and implement the EAGLE-1 system, which is called to be a cornerstone for the development of secure and sovereign European networks of the future.”