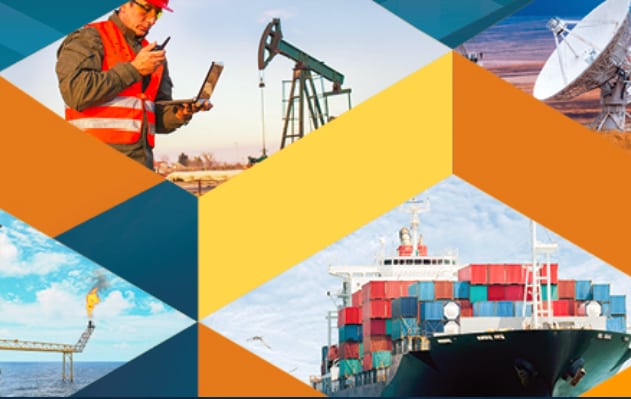 The very first virtual OilComm in the show’s 20-year history spoke volumes about the interesting times we live in. In less than 12-months, our entire way of life has changed dramatically, from personal interaction with others, to facial coverings, to working at home instead of an office. In turn, oil & gas companies have been forced to make dramatic changes to their operating procedures. If mitigating health risks during a worldwide pandemic weren’t challenging enough, energy companies were also forced to deal with the harsh financial realities of low oil prices combined with falling demand.

COVID-19 was the reason OilComm went virtual and the coronavirus was a major theme woven into many of the presentations. OilComm 2020 featured presentations that were timely and germane to the circumstances, but also provided glimpses of what the oil & gas market will look like in the future, and by extension, what the satellite industry should do to be prepared.

American Petroleum Institute (API) CEO Mike Sommers kicked off OilComm with an overview of API, their historical background as a standards-setting organization, and their work as an advocacy group for the 600 oil and gas companies that make up their membership. Upon taking the helm several years ago, Sommers began outlining his strategy for dealing with industry concerns, such as renewable energy, dealing with opponents to the oil & gas industry, and strategies for the future. My first takeaway from the show was the oil & gas industry has a sound strategy and is actively engaged in shaping their own future.

“De-risking” operations was a main theme of many presentations and eliminating COVID risk was at the top of the list. The use of video was highlighted as a good example of how technology can minimize, or eliminate, risks, such as travel and person-to-person contact.

The impact of the pandemic on network security was another major takeaway from OilComm, highlighted in a workshop session featuring SecurityGate‘s Cherise Esparza and Damon Small from NCC Group. As employees pivoted from working from offices to working at home, cybersecurity threats increased significantly, especially phishing scams. The conversation covered how COVID-19 changed the way we approach network security and how we handle managing networks that include integrated work and consumer devices in environments we can’t control.

With oil demand currently at 72 million barrels per day, down from 100 million barrels per day just a year ago, the future of the oil & gas industry was on everyone’s mind and financial analysts provided their thoughts during OilComm’s day two opening session featuring research and data from Rystad Energy and Pinon Resources. Wall Street will be demanding efficiencies from oil and gas companies, triggering lots of mergers and acquisitions. This week’s merger of ConocoPhillips and Concho Resources is a good example. The demand for efficiency will also drive companies to adopt more automation and continuous improvement programs. Look for the satellite industry to play a role here.

The energy industry has actively embraced and invested in renewable energy and the financial analysts predicted that we are not far from peak oil production on a global basis, occurring sometime in the late 2020s. While this sounds bleak, keep in mind that the world still consumed 72 million barrels of oil during the worst of the pandemic. The most important takeaway from OilComm — the oil & gas industry isn’t going away anytime soon.

Greg Berlocher is a 40-year veteran of the Telecommunication Industry.  He helped launch the first Ku-band shared hub in 1986 and has been active in the satellite industry since.  He has sold 3,000 VSATs to the pipeline industry and is a subject matter expert on IoT applications. He is the CEO of Cellular & Satellite.