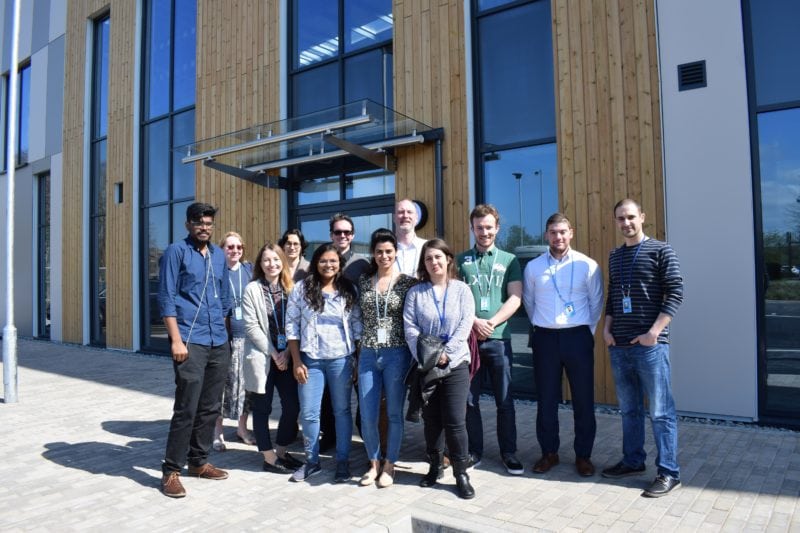 Since its launch, OSS has won multiple design awards for their products. The company holds space industry records for the fastest time from concept to successful deployment on orbit of the world’s longest retractable cubesat boom (the UK Space Agency’s AlSat 3U cubesat mission). Lawton himself has won several business and entrepreneurial awards, including a Group Winner prize at the Startup Space Entrepreneur Pitch Contest at SATELLITE 2018 and Barclays Start-Up Entrepreneur of the Year (2017). Before starting Oxford, Lawton founded and sold two technology businesses, won the Institute of Mechanical Engineers (IMechE) Design Award of the Year (2007) and the Green Technology of the Year for India (2009).

Lawton spoke with Via Satellite about his experiences launching Oxford Space Systems and the company’s mission moving forward. This interview kicks off our series of chats with leaders of new, up and coming aerospace start-ups as we lead up to the Startup Space 2019 contest.

Via Satellite: What inspired the launch of Oxford Space Systems (OSS)? 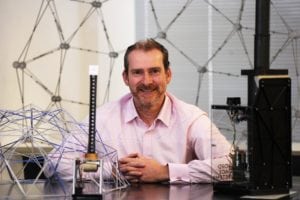 Lawton: I launched the company after realizing the fact that deployable structures were and are often a neglected area of a spacecraft. It was an area ripe for innovation. For instance, the market for large deployable reflectors is dominated by two large incumbents that come from defense backgrounds. Product offerings tend to be expensive with long lead times and are characterized by incremental improvements, not disruptive “NewSpace” developments. I realized that we could bring about a step change by using innovative materials and a new approach to product build and validation.

Via Satellite: What previously missing need does the company fulfill?

Lawton: OSS meets the market need for a new generation of innovative, cost disruptive antennas and structures that are able to meet the demands of constellation build process and schedules. This means we’re more geared to a batch production mentality than a single, one-off high value missions.

Lawton: We differentiate on a number of fronts. We use novel materials. OSS has material scientists on its team, permitting us to develop proprietary materials that underpin our products. This permits us to achieve improvements in stowage efficiency, mass reduction and most importantly, cost reduction. We also take a unique approach to development. Whilst we do have many experienced team members from the “old space” sector, we complement this with talent from high-end demanding terrestrial industries where rapid product development and volume roll outs in demanding environments are characteristics of their previous careers. This allows us to challenge traditional thinking on how new products are developed for the space sector, allowing us to do things faster and cheaper.

Via Satellite: What do you feel are your most important accomplishments since launch?

Lawton: I feel that we’ve become a “poster child” company of the U.K. NewSpace industry. We hold two space sector records: fastest time from a company formation and material development to the successful deployment on orbit of a new product based upon that material; and one for our retractable AstroTube boom system which represents the world’s longest cubesat retractable boom system.

We’ve won multiple awards for technical achievement including Best Tech Start-Up in the United Kingdom. We’ve also been revenue-generating since our first month, with flight contracts of national importance and a strong IP portfolio: a mix of formal patents and non-public domain “know-how.”

We’ve also secured VC investment to enable our own dedicated production facility at the UK Space Cluster. This provides us with the largest cleanroom on that campus, permitting us to achieve parallel volume builds of antennas and other structures. Directly opposite our building is the National Space Test Facility (NSTF) — one of the largest environmental test facilities in Europe that OSS accesses as required. We’re also privileged to have been able to turn away investment in previous rounds to avoid equity dilution — so we’re well capitalized.

Via Satellite: What gives you confidence that Oxford Space Systems will succeed and thrive in the market?

Lawton: I’m confident we’ll succeed because we’ve now retired the major risk elements associated with our immediate product portfolio and are now able to respond to the global demand for our technology. We’re effectively making the transition from start-up to scale up as we exit an exclusive NRE phase and transition to a more operational business —but still investing heavily in new product and material generation.