SpaceX to Boost 10 More Iridium Next Satellites in September 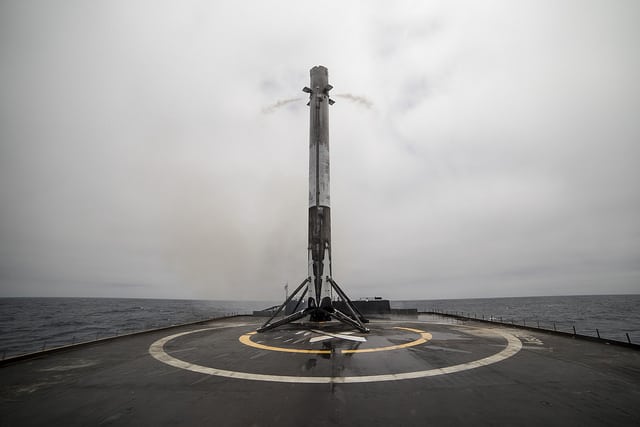 A Falcon 9 touches down after successfully launching the second set of Iridium Next satellites. Photo: SpaceX.

Iridium Communications announced that it has targeted the upcoming Iridium Next launch for Sept. 30 at 6:30 a.m. PDT from Vandenberg Air Force Base in California. This launch will deliver another 10 Next satellites to orbit on SpaceX’s Falcon 9 rocket and will bring the total number of satellites deployed to 30.

SpaceX’s targeted launch schedule accommodates completion of the Iridium Next constellation as planned in mid-2018. In total, SpaceX will deliver 75 Iridium Next satellites to orbit. In case of inclement weather, a backup launch date has been scheduled for Oct. 1.

Iridium Next is the company’s $3 billion next-generation mobile, global satellite network scheduled for completion in 2018. Unlike previous launches where some satellites were sent drifting to an orbital plane different from where they were launched, all 10 satellites for this launch are currently planned to provide service in orbital plane four. Iridium designed the constellation’s architecture with six polar orbiting planes consisting of 11 interconnected satellites per plane, with in-orbit spares.

SpaceX has scheduled the fourth launch for late November. Iridium stated it has already manufactured enough satellites for nearly the next three SpaceX launches.