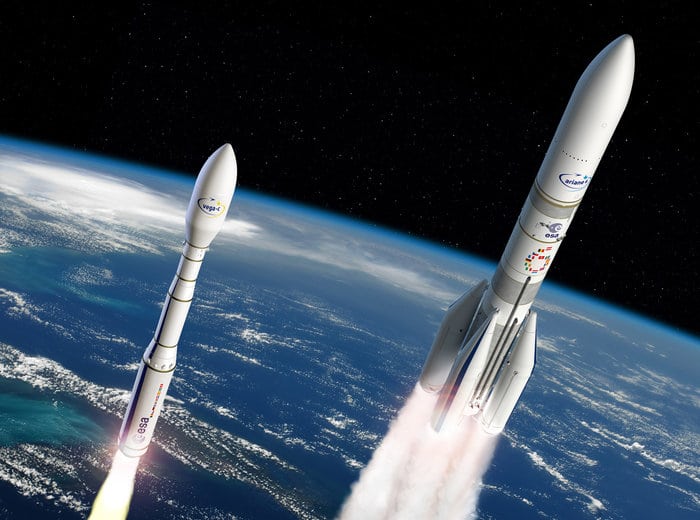 Airbus Safran Launchers and its industrial partners have passed a major milestone in the development of Ariane 6, under contract with the European Space Agency (ESA). The Maturity Gate 6.1 review confirmed that the maturity of the industrialization of Ariane 6 is sufficient to begin production of the ground qualification models for the future European launcher, in accordance with the objectives of the program. This step follows on from Maturity Gate 5, which in 2016, had enabled Airbus Safran Launchers to validate the technical, industrial and programming characteristics of Ariane 6 and to continue with development of the launcher with its partners, as planned.

The Ariane 6 development method, called “Ariane 6 Way,” comprises 15 major steps, six of which have already been completed. “Maturity Gate 11” will give the green light for the first flight of Ariane 6, while “Maturity Gate 15” will mark the end of development and the start of full operational capacity.

Each “Maturity Gate” takes place under the responsibility of Airbus Safran Launchers, and involves independent experts. “Maturity Gate 6.2” is slated to take place at the end of 2017, so that the production of the first Ariane 6 flight models can begin.

Airbus Safran Launchers is building Ariane 6, which is also ideal for constellations, on behalf of the ESA. It will be a modular launcher available in two versions, Ariane 62 and Ariane 64.