SpaceX to Use Historic NASA Complex for Commercial Launches 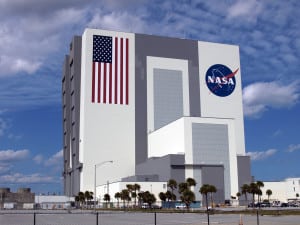 [Via Satellite 04-16-2014] SpaceX has signed a 20-year agreement with NASA for use of the agency’s historical Launch Complex 39A at Kennedy Space Center, the launch site of numerous Apollo and space shuttle missions. The platform will serve to support SpaceX’s commercial launch activities, which include nearly 50 missions in development.

SpaceX’s use of pad 39A is part of NASA’s efforts to transition the Kennedy Space Center into a 21st century launch pad that supports both government and commercial users. At the same time, NASA will be working with Lockheed Martin to build the agency’s first Orion spacecraft while preparing Kennedy’s framework for the Space Launch System rocket, which is being manufactured for human spaceflight from parallel pad Complex 39B.

“While SpaceX will use pad 39A at Kennedy, about a mile away on pad 39B, we’re preparing for our deep space missions to an asteroid and eventually Mars,” said NASA Administrator Charles Bolden. “The parallel pads at Kennedy perfectly exemplify NASA’s parallel path for human spaceflight exploration — U.S. commercial companies providing access to low-Earth orbit and NASA deep space exploration missions at the same time.”