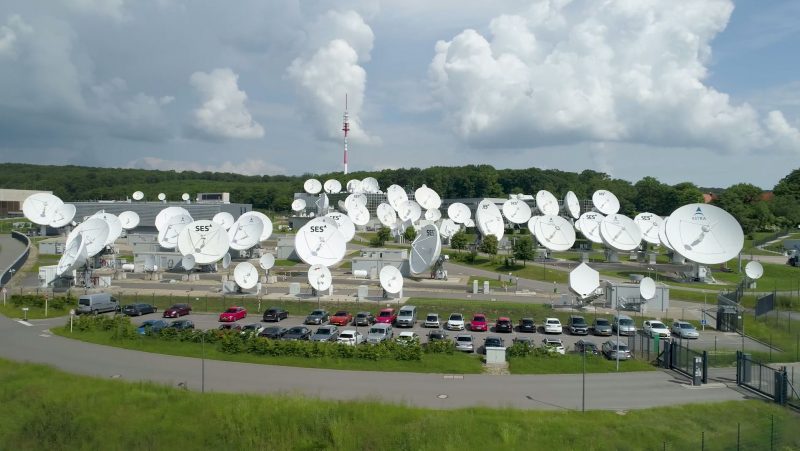 SES has recently announced details of two new deals, one in the United States and one in Germany. SES Government Solutions (SES GS), a wholly-owned subsidiary of SES, has won a $35 million Geostationary (GEO) satellite communications program contract in support of a major U.S. Department of Defense (DoD) combatant command.

The solution includes a Very Small Aperture Terminal (VSAT) network which has the performance to support emerging mission needs and is capable of handling smaller, sub-meter, antennas, to provide reach-back capabilities from forward-stationed units in remote locations to Europe. The satellite service provides expansive coverage of countries from Turkey to Pakistan, with reach-back to Europe, enabling collaborative tools and enhanced situational awareness.

“This new program allows personnel to reach out to the tactical edge for fast and dependable real-time data and represents a further extension of our current mission support to warfighters using both GEO and Medium-Earth Orbit (MEO) satellite communications capabilities,” President and CEO of SES Government Solutions, Brig. Gen. Pete Hoene, retired U.S. Air Force, said in a statement.

“Our content must reach our platform partners – and thus our viewers and users – reliably, flexibly and with the highest viewing quality. This applies to our linear TV channel, but also to our Video on Demand content that is seeing dramatic growth in its consumption. By switching to cloud-based video services, we are positioning ourselves to reduce our costs while streamlining operations and optimizing the viewing experience. We look forward to this successful cloud expansion in our partnership with SES,” Silke Marx, managing director of Motor Presse TV, said in a statement.