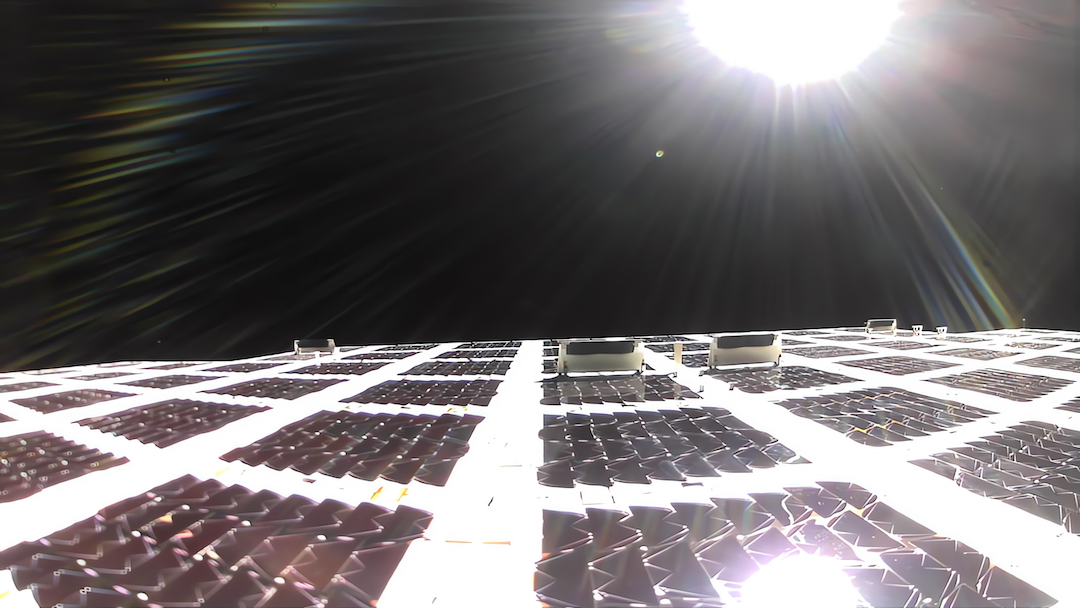 AST SpaceMobile reported Monday that it successfully deployed the massive communications array on its BlueWalker 3 satellite that will test satellite direct to cellular communications.

The 693-square-foot array is now the largest commercial communications array in Low-Earth Orbit. It is designed to communicate directly with unmodified cell phones using 3GPP standard frequencies at 5G speeds. The milestone follows after SpaceX launched the satellite in September.

“Every person should have the right to access cellular broadband, regardless of where they live or work. Our goal is to close the connectivity gaps that negatively impact billions of lives around the world,” said Abel Avellan, AST SpaceMobile chairman and CEO. “The successful unfolding of BlueWalker 3 is a major step forward for our patented space-based cellular broadband technology and paves the way for the ongoing production of our BlueBird satellites.”

BlueWalker 3 is not intended for commercial service and will be used for a testing campaign to validate the technology, working with the MNO partners. The company received an experimental license from the FCC in May for U.S.-based testing of the BlueWalker 3 satellite.

Avellan said on a Monday call with investors that the testing is expected to take place over the next several months into 2023. AST SpaceMobile will be working with Rakuten in Japan, Vodafone in Europe and Africa, and other MNOs.

Tareq Amin, CEO of Rakuten Mobile commented: “Our mission is to democratize access to mobile connectivity: That is why we are so excited about the potential of AST SpaceMobile to support disaster-readiness and meet our goal of 100% geographical coverage to our customers in Japan. I look forward not only to testing BW3 on our world-leading cloud-native network in Japan, but also working with AST SpaceMobile on integrating our virtualized radio network technology to help bring connectivity to the world.”

The company then plans for a larger constellation to start commercial service, starting with five Block 1 BlueBird satellites set to launch in late 2023

Satellite direct to cell connectivity has generated a lot of buzz in recent months. Apple is rolling out limited service with emergency messaging in the U.S. and Canada via the iPhone 14 with Globalstar satellites, and SpaceX signed a partnership with T-Mobile to develop satellite-to-cell service for the second generation of Starlink. Also, Lynk Global, which has demonstrated satellite to cell service with its test satellites in space, recently received FCC approval to offer text message communications in countries where it has MNO partners and regulatory approval.

Yet AST SpaceMobile does not consider these other players as direct competition for its service, as it aims to offer full broadband service direct to cell phones, Avellan said.

“Our proposition is broadband, everywhere,” Avellan told investors. “We believe that the SOS, or very limited connectivity of a few megabits per cell, is not a direct competitor to what we do.”

AST SpaceMobile also released its third quarter financial results on Monday. The company reported $4.2 million in revenue in the third quarter compared to $2.5 million in the same time period of 2021.

Total operating expenses increased by $6.7 million to $42.1 million for the third quarter, compared to $35.4 million in the second quarter of 2022, mostly due to a $4.4 million increase in research and development costs.

The company ended the third quarter with cash, cash equivalents, and restricted cash of $199.5 million. During the quarter, AST SpaceMobile sold its stake in NanoAvionics for net proceeds of $26.7 million.

Scott Wisniewski, chief strategy officer, said on the investor call that company believes this cash is sufficient to support the cash expenditures for the next 12 months, including completing the construction of our the five Block 1 satellites.