Reaching for the Stars: Why We Need a US Space Port Authority

For Americans looking toward the heavens, space has always been the final frontier, a fascination that triggered a global space race and launched NASA. Since NASA was formed in 1958, space exploration has been a hallmark of government innovation and public-private partnerships. Today, the United States continues to lead the world in the newest era of space exploration, with private companies pushing the industry forward and innovative space explorers working to make space more accessible for all with the launch of space tourism.

When we look at making the idea of space tourism a reality, one hurdle is the transportation infrastructure needed to launch more humans into space. Recently, private companies in the new space race have showed us the future of a more accessible space travel is possible and almost within grasp.

How do we get over this hurdle? The Foundation for The Future proposes a U.S.-led infrastructure solution to help catapult the development of a more normalized interaction between humans and space. The creation of a United States Space Port Authority (USSPA) would accelerate access to space and support future space travel for all. In layman’s terms, the USSPA’s primary goal would be to make space a more accessible frontier.

In the U.S., a port authority is a governmental or quasi-governmental public authority for a special-purpose district usually formed by a legislative body to operate ports and other transportation infrastructure. It is the branch of a local government that handles the financing, operations, and integration of air, land, and seaports. A space port authority would serve as both a hub for financing construction projects and the single place where logistics companies, manufacturers, communities, and government agencies could turn if they need something moved to, from, or through space.

The USSPA would have a more granular focus than NASA. The agency’s direction varies from space travel and exploration all the way to research about the planet using data collected from space. While NASA’s area of influence is vast, the USSPA would be hyper-focused on infrastructure development needed to provide long-term solutions to open space access.

The creation of the USSPA would put the entire world on notice that the U.S. is working to develop space access for everyone, and looking to lead the next generation of space exploration. While the theoretical implications of the USSPA’s work may sound like science fiction for some, it is very real. Looking just at the leaps forward we’ve made in the past few years with the help of private space exploration companies, the introduction of a government-led, infrastructure-based organization to lead the charge toward opening space for all is needed to ensure we continue to move forward at an accelerated pace.

As we look at the impact of global warming on Earth’s population just this year – from wildfires in the western United States to a more active hurricane season, space seems both farther away and closer than ever before. A commitment to the idea of a USSPA is also an investment in solving some of the planet’s most difficult problems, from energy and food demands to protecting Earth for future generations. Creating the USSPA brings into focus both the idea of life in outer space within our lifetimes and the development of space transportation infrastructure utilizing renewable energy resources more readily available in space a reality. Creating a U.S. government-led USSPA would help focus national and international efforts on infrastructure development, including sustainable goals like space-based solar power generation.

Additional benefits could include growing green and technology jobs growth to jumpstart the economy, reducing the reliance of the current propellants used for space flight, developing space safety and tapping into solar energy resources. With the USSPA at the helm, U.S. space research and technology could jumpstart a wealth of industries in the U.S. and bring together nations around the world in this scientific pursuit. The dream of living among the stars could become a reality much sooner than we think. 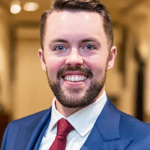 Tim Chrisman is the founder and executive director of Foundation for the Future, and a former U.S. Army Special Operations officer. Foundation for The Future is focused on the creation of a secure, sustainable, and efficient gateway to outer space with the US Space Port Authority.