Who is the Space Economy For? 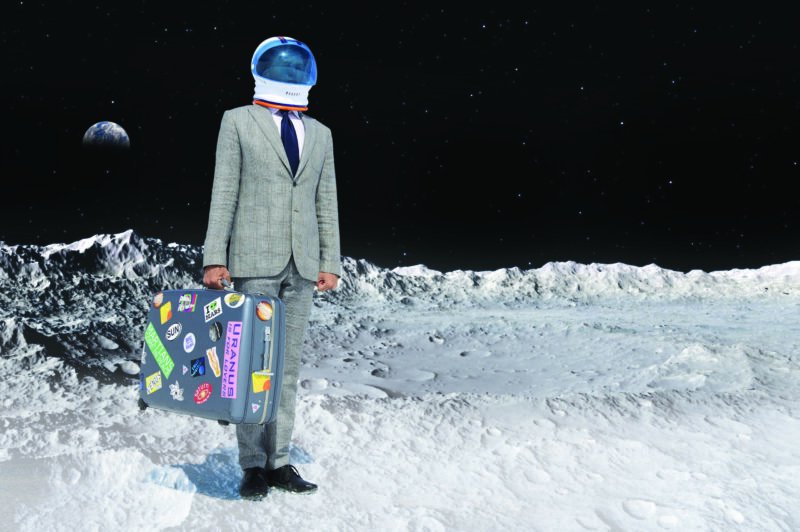 For an industry that aims to go where no one has gone before, space and satellite has an imagination problem.

You are probably familiar with the 2018 report from Morgan Stanley predicting that space has the potential to become a $1.1 trillion dollar market by 2040. It was a refreshingly hard-headed analysis that focused on the things we already know make money in space: delivering TV and communications, Earth Observation (EO), ground equipment, satellite manufacturing, and launch. A significant piece of the pie consists of second order impacts — the additional revenues generated in other fields because of the economic success of space and satellite technology and services. The $66 billion in global sales of blue jeans in 2018 are a second order impact of the money generated by the California Gold Rush of the late 1840s, when Levi Strauss first tailored his durable pants for miners.

Personally, I have considerable faith in that forecast. The explosion of innovation and painful lowering of prices are, historically, the factors that drive immense growth. In 1915, a daytime phone call from New York City to San Francisco cost the equivalent of $167 per minute in today’s dollars. By 2006, when the Federal Communications Commission (FCC) stopped tracking the cost, it was down to 6 cents. You know what happened to traffic on the phone lines: explosive growth over decades, until the internet changed it all.

The Other Space Economy

That’s the good news, presuming that most of us make it to the other side of the turbulent waters through which the industry is sailing. Contributing value to life on Earth can generate strong growth for a long time. That’s something my organization dramatizes with our Better Satellite World campaign and our Better Satellite World Awards Dinner in London in December.

The bad news came to me as I began researching the other space economy — the one that space nerds like me have been excited about since the 1970s. You know the one I mean: manufacturing exotic things in orbit, the cities on the Moon and Mars, the asteroid mining, and the immense rotating space colonies first proposed by Gerard K. O’Neill. The solar system as depicted in Amazon’s wonderful “Expanse” series, based on the books by James Corey. (Thank you, Jeff Bezos, for continuing to fund it!) Those are the visions inspiring our industry’s two rocket billionaires, Mr. Bezos and Mr. Musk, to invest all that money.

As long as you don’t make the mistake of digging deeper, it’s easy to imagine that space economy growing into the trillions and trillions and trillions of dollars while giving humanity a badly needed second home in the solar system. But then, you start reading the articles about what we will do in space. You start listening critically to people from the space agencies working on the practical problems, like how do you land repeatedly on the Moon without sandblasting your Moon base to shreds. And it gradually dawns on you.

All the economic activities proposed for the other space economy are about making it possible to have a space economy. They are about turning ice hidden in craters on the Moon into oxygen for people to breathe and fuel to climb back into orbit. Asteroid mining is about finding building materials in space because lofting them from Earth is so uneconomic. Who pays for the product? Building immense structures like space colonies is about having a place to live. Nice and all that, but I need an income before I can afford a house. There may be a business in forging lunar regolith (that’s dirt to you and me) into tiles for landing pads to keep that sandblasting under control — but who is the customer?

It’s subsistence thinking. It’s circular reasoning. It’s about what I can find out there in space to keep me from dying out there in space. Let’s be clear: not dying is clearly a necessary first step. But it’s not how colonies have always won a foothold and prospered long enough to finally throw off the yoke of their colonial masters. Colonies exist to send money back home. That’s what justifies the high-risk investments made in them. The whole sorry 300-year history of colonization was about sending the loot home.

Space and satellite have undergone — and are still undergoing — an amazing shift from a purely government activity, pursued for safety, strategic advantage and bragging rights — to a commercial business conducted to earn a return. It is time for our vision of the future space economy to do the same. We need to imagine what we can do up there that brings value down here. The trillions and trillions and trillions are waiting for us out there beyond the year 2040, and the lure of them can power the next great age of exploration and colonization. And, unlike in the last great age, the real estate is currently unoccupied.