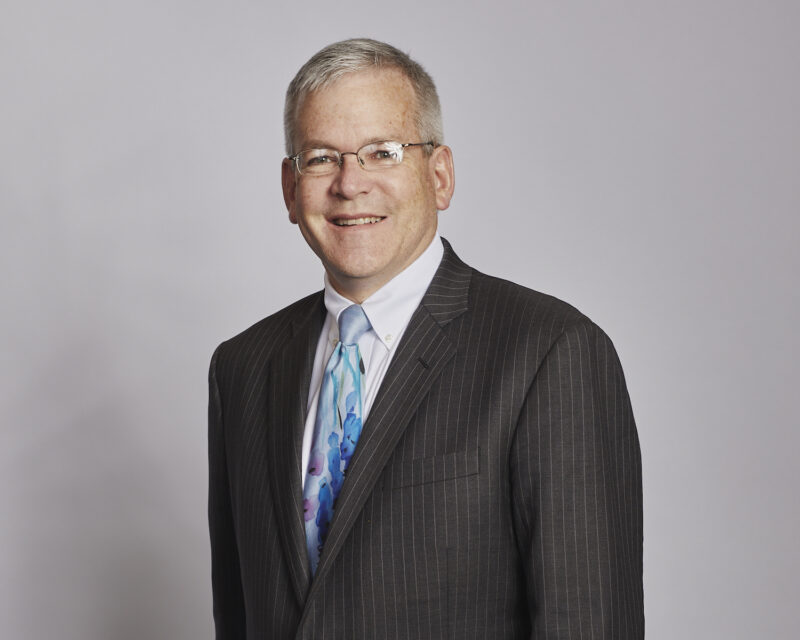 Inmarsat has unveiled plans to build a Low-Earth Orbit (LEO) satellite network called Orchestra, which will include close to 200 satellites built and launched between 2025 and 2030. Orchestra will complement Inmarsat’s other assets in GEO as it looks to better serve the mobility sector. The company plans to invest $100 million into Orchestra in the initial five years until 2026.

Peter Hadinger, Inmarsat CTO, sat down with Via Satellite just after the announcement on July 29 to explain why Inmarsat’s latest symphony could be its masterpiece.

VIA SATELLITE: What has made Inmarsat suddenly go into this direction with a combined GEO/LEO, terrestrial offering? Why this approach?

Hadinger: I came into the company at the time we started Global Xpress. That was about 10 years from the time we announced BGAN. Looking at this in that context, it has been about 10 years since we announced Global Xpress. You could say it is time. In reality, what have done consistently over the decades is to have a very structured and layered plan from getting generation to generation. We have looked at all options, but we have focused exclusively on our market, which is global mobility. We know that global mobility is the market that will always be dependent on satellites, and other people will realize this eventually too. Plenty of competitors are coming into our space. But from our perspective, the strength of what we build has been in the reliability, resilience of it, and the fact that everything tends to be part of this linear thread so people have an experience that builds and gets better over time.

Orchestra takes this to a major new step level. We build on the key pieces that we have, the L-band and Global Xpress networks, both of which are global and fully redundant. Each of which provides a particular kind of capability that the other network does not. We are adding two new layers, the terrestrial layer which really takes from our experience with European Aviation Network (EAN) in the complementing of the space layer with a terrestrial layer to get additional capacity in concentrated zones. By doing that, we unload the space segment, and make it much more efficient. Everyone gets better service because the space segment is being used much more efficiently. On top of that, we add a LEO layer, which allows us to extend this hotspot service capability to hotspots which maybe more remote than we want to serve with a terrestrial layer. That part of it is designed to be a small and very efficient LEO layer. It doesn’t have to do everything by itself. It has all of these other layers there to complement it.

VIA SATELLITE: When will this LEO constellation get launched?

Hadinger: We are targeting later in this decade for launch. We are making the investments over the next five years and all of the technology development and the rollout of the terrestrial components, the rollout of the LEO layer will be in the second part of the decade. The first of our Inmarsat 6’s launches this year. The second launch is next year. Global Xpress 10 will launch its two polar satellites after that. Then we will have the launch of the Global Xpress 7, 8, and 9 satellites. That takes us through to 2024. We have this fully committed path for our customers that takes us through that and then people say, what then? There is something to follow, and we have given ourselves plenty of lead-time to get there. The terrestrial part will come along first and it will be in place probably in time to have substantial service alongside the Global Xpress 7, 8, and 9. Following that is the LEO layer, which takes things further afield.

We will launch the LEO satellites in the second half of the decade. We are being a little bit coy about these plans as it is early days, and these things can change, and there are certain competitive aspects of this we are trying to keep close.

VIA SATELLITE: When are you going to put out RFPs? What is the timeline for the capital expenditure investment?

Hadinger: We will be spending $100 million to do the developmental work. Not all of this will be done in house. We will be doing some of that with suppliers. That is ramping up now. It is not the big bang satellite manufacturing contracts that people typically think of. That would be in a few years. We are not yet ready to announce that. If you look at what historically Inmarsat has done, we lay out these roadmaps in a very conservative and understandable way, and we deliver on them. We don’t announce things, and then turn around and walk away. They do come to pass and we take these pretty seriously when we do them. Every decade, you can expect a big delta in what we do. This could be described as our next big delta.

Hadinger: We are focused on a market – global mobility. There are only so many ships, so many planes in the world. We are not trying to serve every remote ranch home or petrol station. We are really focused on our market and that allows us to size it appropriately. The systems we have today means that we don’t have to try to do everything with that LEO network, we can use those other networks to good effect. It gives us the time to take advantage of the rapidly reducing costs of launch and spacecraft hardware, much of which has been funded by others.

The long-term viability of these businesses is what is important to our high-end clientele. The big airlines of the world, the big shipping companies of the world – they have seen a lot of things come and go. This is a long-term play, and that is what they are investing in. These are the things required to make sure a company is financially viable and not just throwing up a lot of hardware. They actually have to make money at some point. What is important is to have something right-sized for our market, so [our customers] are not sharing bandwidth with onshore consumers. The bandwidth is dedicated to them.

VIA SATELLITE: As Inmarsat is trying to put a symphony of in-space assets together, how will the ground network piece sing to the same tune?

Hadinger: There are a couple of different layers to this. The physical layer may be different going between satellites and terminals, terminals and shore. You very quickly get into a place where the equipment you are using is off-the-shelf, 5G equipment. Certainly, all the back-end networking equipment is. We are adding some special capabilities within that in terms of dynamics. We are dealing with dynamics of working between these different networks on a global scale. The fundamental equipment we are going to use for this is off-the-shelf. We are trying to do a lot of the dynamic networking stuff in the cloud. It is something we can rollout quickly, change and adapt quickly as time goes on. That is the direction of travel for our ground network. There will always be special parts of it, but we are trying to minimize that.

VIA SATELLITE: Will there be greater expectations placed on the ground tech providers now?

Hadinger: This follows a thread we have been pushing with our terrestrial suppliers for quite some time. We have had a number of proprietary solutions at a time, when there were not a lot of options out there. We have been pressing these suppliers to come back to us with things that are more standards based and have more commonality in them. We are leading the charge with our suppliers to get to that point. There is resistance in some circles because people have built a business on their own unique, special flavor. But, from our standpoint, it is not about breaking those barriers down, but making sure we have things that are future proof and can really build, no matter what supplier we throw into the mix.

VIA SATELLITE: Inmarsat has seen big changes in its management team, a new CEO and others. From the outside looking in, is there a case to say the company is a bit late, and these changes should have been done two to three years ago?

Hadinger: If you have a LEO view of the world, that’s what you’d say. I think we turned this thinking on its head. We are in the mobility business. We are serving mobility customers and we have been doing this for a very long time. A whole bunch of people are late to the party when coming into this business. We pick the technologies to match the market. We are not out there with a technology looking for markets. From our standpoint, this is about taking a market we know and ensuring for our customers that we not only fulfil our existing roadmap but that there is stuff coming behind that that will work seamlessly with our existing and previously announced infrastructure. The people coming into this business, they see it as another pile of cash to go along with consumer broadband and other things, which are threatened by terrestrial buildout. We are just focused on our market. For us, it is about them being late to the party and realizing that mobility is where it is at when it comes to long-term sustainable businesses in satellite.

VIA SATELLITE: Were these plans in place before the last management team left?

Hadinger: We have added a couple of people to the top team. More than three quarters of the top team is still the same. We have got a lot of push from Rajeev and the board to accelerate this. My team has been working on concepts for years. Part of our job is to keep trading these things off and start to decide when is right time, when are the right price points, when is the technology maturity, when is the market demand right for us to do this. We have a very well established plan that is going to meet our needs for many, many years in this business. We are not worried about today’s or tomorrow’s capacity. This is making sure we have a plan beyond that and communicating that to the customers and making sure they understand that.

VIA SATELLITE: At the SATELLITE LEO Forum recently, Norm Haughton of Air Canada said that Air Canada would be extremely interested in moving to LEO. Is this a good fit for you considering that they are already your customer?

Hadinger: Air Canada is a customer for us in L-band. In terms of looking at things, we often hear this. We are the world’s largest supplier to governments worldwide, including the U.S. government, and when you go into the different parts of the government, they all say they want to look at LEOs. That’s the excitement of something new. But when they examine it, in terms of what they have equipment for, and what they are funding, their first responsibility is towards ensuring reliability and performance. Deployment is following a path that is a little different.

We do expect LEOs to make some forays into mobility and that is to only be expected in a competitive environment. But we have a very strong capability today. You will see some solid announcements from us over the next few weeks in terms of our technology today. From our standpoint, competition is good. We don’t want to be the ones that necessarily have the fast, quick answers, but we want to be the ones that when they ask how do we get to the 2030s, we have a roadmap to share that we think they will find quite exciting.