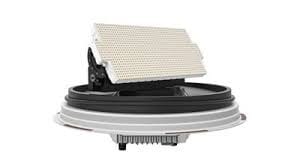 R4 Integration revealed on Tuesday that Inmarsat has given type approval for R4 Integration’s R4 C-130 Multi-Purpose Hatch System (MPHS) for use over the Inmarsat Global Xpress network. Global Xpress is the world’s only globally available mobile wideband service, and has been In U.S. government operation since July 2014.

The R4 MPHS is a low-profile Ka-band integrated system that can be configured with any type antenna or sensor that meets the size constraints of the MPHS. The system is fully interoperable with military Ka-band systems and optimized for use over the Global Xpress constellation. Developed for mission-critical roll-on/roll-off requirements, the MPHS accesses various Ka-band networks to provide enroute Command, Control, Computers, Communications, Cyber, Intelligence, Surveillance and Reconnaissance (C5ISR) support to airborne users on all C-130/L-100 aircraft variants.