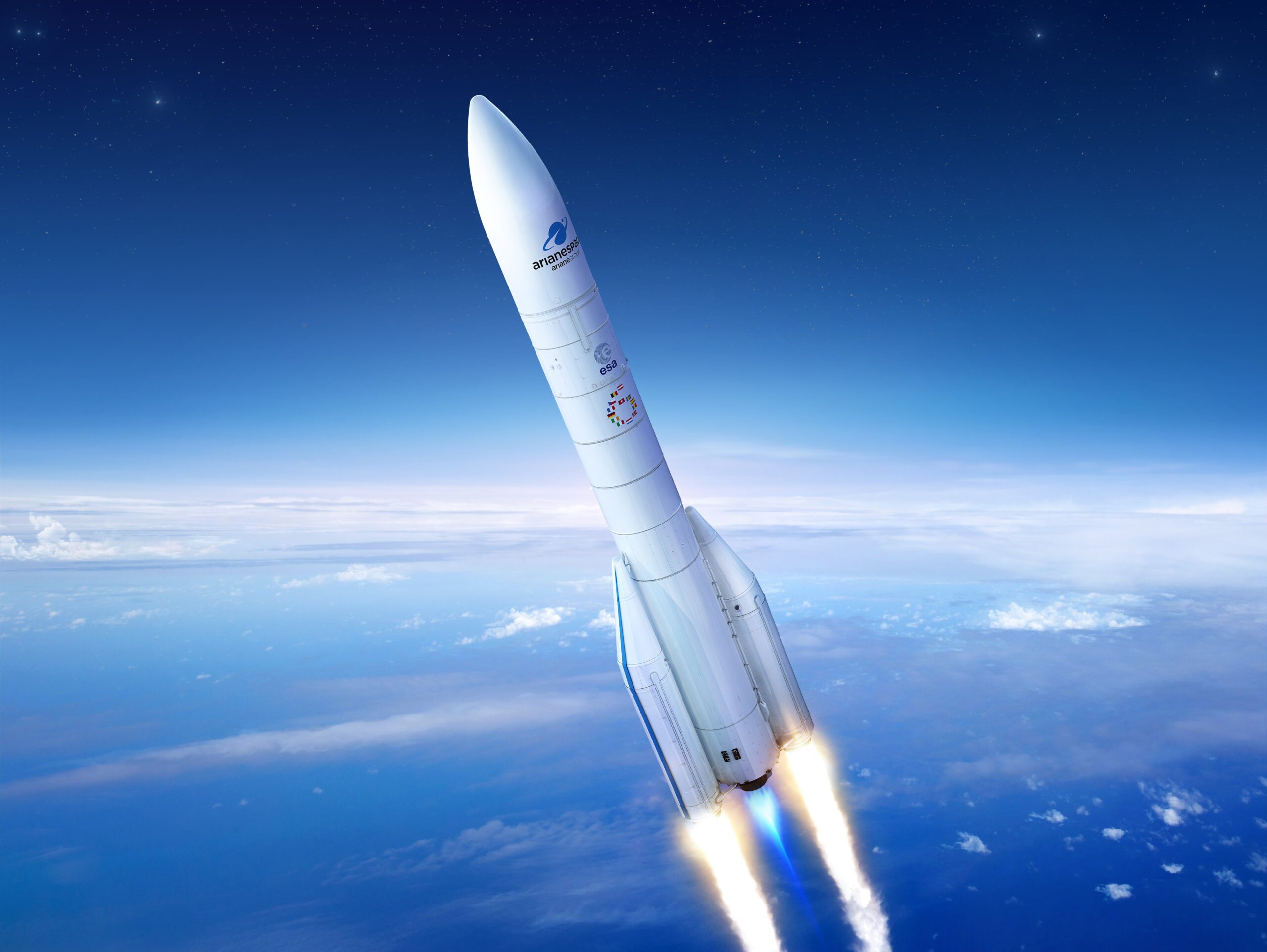 Rendering of an Ariane 6. Photo: Arianespace

These launches will take place from the Guiana Space Center in French Guiana. Arianespace will first launch two Galileo satellites from a previous order in the first half of this year, followed by a Soyuz launch for two of these satellites this year. The new Ariane 62 rocket will take over when it is ready, launching the next three missions with two satellites each in 2023, 2024 and 2025.

The contract comes as no surprise as Arianespace has launched every satellite for the Galileo constellation so far. Galileo provides Europe with a global navigation system. The most recent Galileo launch was in December.

“We’re very proud to once again be helping the EU deploy its own global navigation satellite system. This additional order to the service of Galileo once again confirms Arianespace’s assigned mission of ensuring reliable access to space for Europe,” commented Arianespace CEO Stéphane Israël.

Separately on Thursday, Italian space company SITAEL, with the Italian Space Agency awarded Arianespace a contract to launch two PLATiNO satellites between 2022 and 2024 on Vega and Vega C rockets. These are Earth observation satellites, PLATiNO 1 is a Synthetic Aperture Radar (SAR) mission, and PLATiNO 2 will carry an optical thermal instrument.