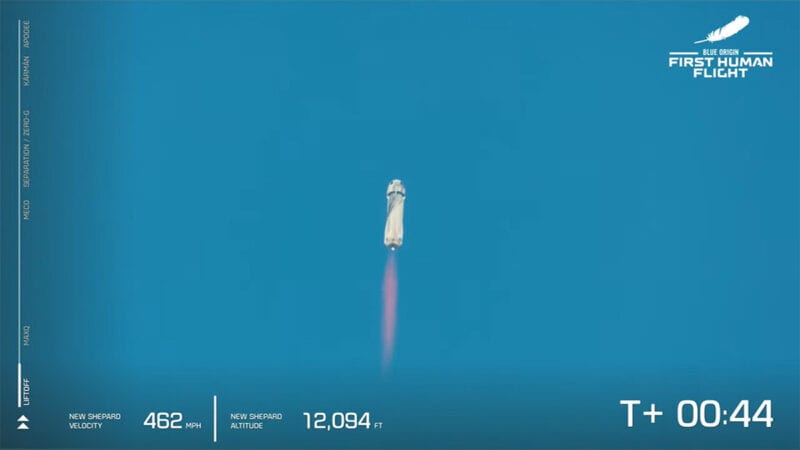 The success of the New Shepard’s first crewed mission is a major milestone for both the company and for commercial space travel as a whole.

The New Shepard rocket took off from Blue Origin’s West Texas launch site carrying its four passengers on an approximately three-and-a-half-minute ride above the Karman Line (100 kilometers above Earth). Once in space, Bezos and crew could be heard cheering and admiring the view as they floated in microgravity.

The New Shepard’s booster returned safely to its recovery launch pad a little more than seven minutes after launch. 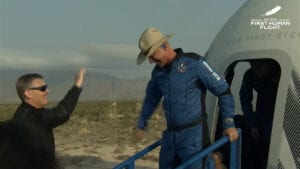 A few minutes later, Blue Origin’s mission control asked for a status check from the astronauts. “Astronaut Bezos in my seat,” could be heard in reply. Moments later, the crew returned to their seats and dropped safely to Earth. The four passengers could be heard discussing how unexpectedly smooth the ride was to space.

“I was surprised how easy zero-gravity was,” Bezos could be heard saying over the comm-link.

Blue Origin began testing the rocket in 2015 and continued testing into completion earlier this year. The company began flying suborbital research payloads for universities and NASA in mid-2016.

Via Satellite published a preview of the launch with a history of the New Shepard mission on Monday.