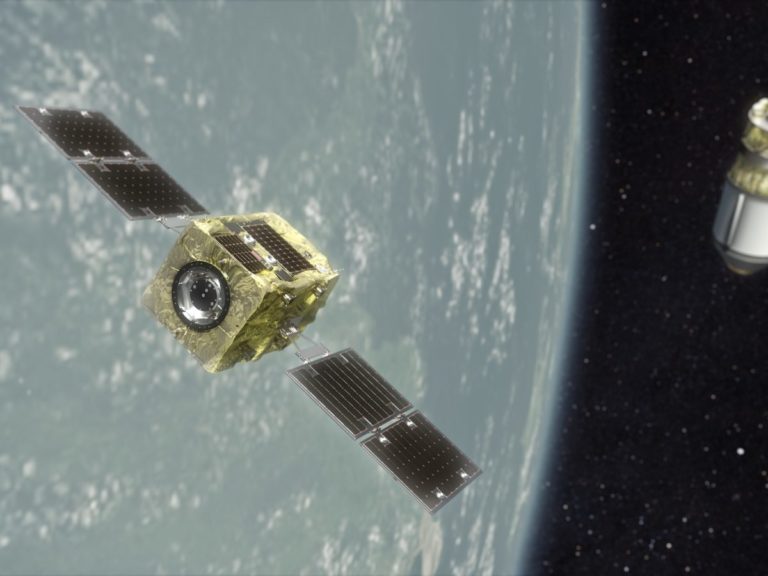 Astroscale has chosen Rocket Lab to launch its first active debris removal mission. The company announced Sept. 21 that Rocket Lab will launch Astroscale’s Active Debris Removal by Astroscale-Japan (ADRAS-J) satellite, which has been selected by the Japan Aerospace Exploration Agency (JAXA) for Phase I of its Commercial Removal of Debris Demonstration Project (CRD2). This mission is one of the world’s first technology demonstrations of removing large-scale debris from orbit.

The ADRAS-J satellite will be deployed to a precise orbit by Rocket Lab’s kick stage. ADRAS-J is designed to rendezvous with a piece of orbital debris, an abandoned upper stage rocket body. ADRAS-J aims to demonstrate proximity operations and obtain images of the rocket body, delivering observational data to better understand the debris environment. A planned second phase of the mission, which has yet to be competed, will demonstrate the debris de-orbiting.

The mission was first announced in February 2020 as a project to commercialize space debris removal.

“Rocket Lab and Astroscale have become leaders in our respective markets and I am thrilled to collaborate on ADRAS-J, a groundbreaking mission that will shape the technologies and policies needed to drive space sustainability forward,” said Nobu Okada, founder and CEO of Astroscale.