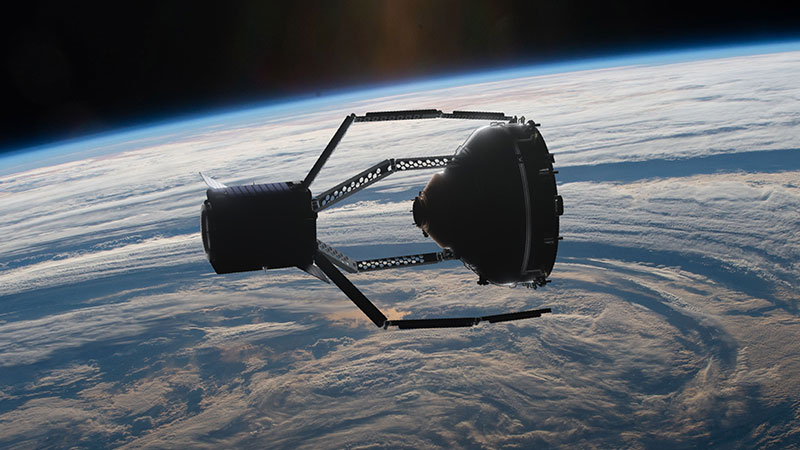 A rendering of the ClearSpace-1 mission. Photo: ClearSpace

The European Space Agency (ESA) has signed a $105 million (86.2 million euro) service contract with Swiss startup ClearSpace to remove orbital debris. The contract, announced Dec. 1, finalizes the ClearSpace-1 mission, which is set to remove space debris in orbit in 2025.

The ClearSpace-1 mission, will involve developing a robot-like spacecraft with four arms to remove space debris. It will target the Vespa (Vega Secondary Payload Adapter) left by Arianespace’s second Vega mission in 2013. The mission will move the Vespa closer to the Earth’s atmosphere where it will burn up. ClearSpace will partner with Deimos Space, Airbus, OHB-Sweden, APCO-Technologies, and Satellite Applications Catapult for systems engineering expertise.

ESA said this mission represents a new way for the agency to do business — purchasing an end-to-end service contract, versus developing an in-house spacecraft for the mission. Funding was granted for this mission last year at the ESA’s Space19+ Ministerial Council.

“We are delighted that ESA has put their faith in us. We share the same clear vision of safer, more sustainable space for all, that is our goal,” says Luc Piguet, co-founder and CEO of ClearSpace. “The way space has been used until now has led to a situation where over 5,000 satellites and out-of-control rocket stages are in orbit compared to only 2,700 working satellites. In-orbit services are not only a natural part of future space operations, they will also ensure the development of a thriving space economy.”

ClearSpace estimates the project will cost 100 million euro, and plans to raise the additional 14 million euros from investors.