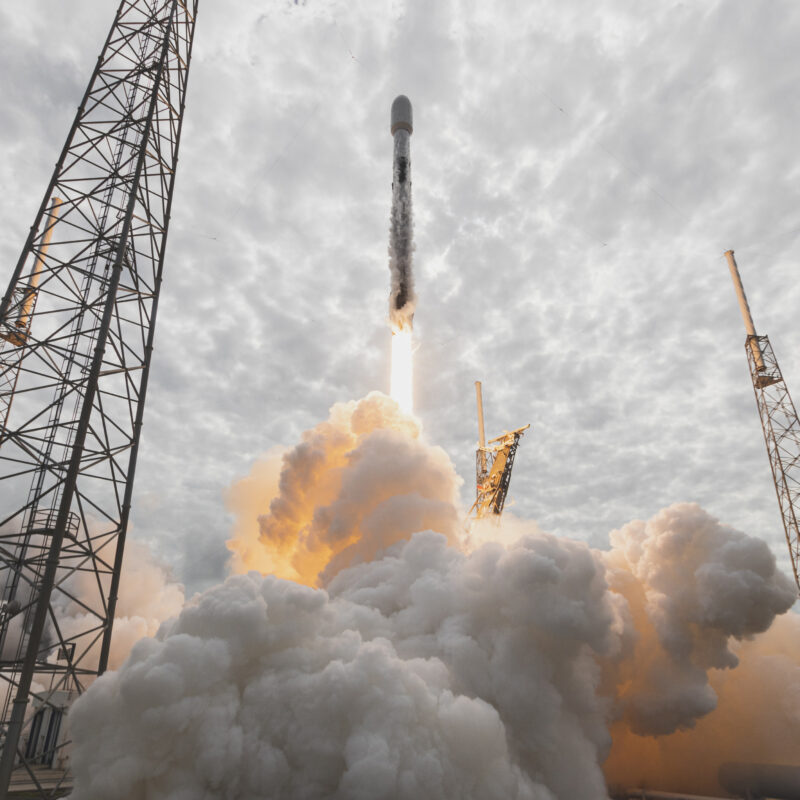 SpaceX’s latest Starlink launch on Saturday, Oct. 24 was also a milestone for its Falcon rocket. The launch marked the 100th successful flight of a Falcon rocket since Falcon 1 first flew to orbit in 2008.

A Falcon 9 rocket carrying the satellites took off at 11:31 a.m. ET from Space Launch Complex 40 at Cape Canaveral Air Force Station in Florida. The satellites were deployed about an hour and three minutes after liftoff. Falcon 9’s first stage landed on the Just Read the Instructions droneship. The booster flew on two previous missions, the GPS III Space Vehicle 03 mission in June 2020, and a Starlink mission in September 2020.

Last week, a school district in West Texas became the first school district to work with SpaceX to use its Starlink constellation to provide broadband internet for its students. Ector County Independent School District announced Oct. 20 that it will provide free home internet service to 45 families in the area using Starlink starting in early 2021. As the network capabilities continue to grow, it will expand to serve an additional 90 families.

The school district is partnering with local nonprofit Chiefs for Change, and the Permian Strategic Partnership, a regional coalition of oil and gas industry leaders on the project. Local news outlet Odessa American reported the cost is $300,000, and Chiefs for Change provided $150,000.

“In collaboration with SpaceX, we are providing space-based internet service to students and families that have few, if any, options. The partners with us share our vision for equity and access for all students. Today, we take a giant leap forward in closing the digital divide that exists within our community,” Superintendent Dr. Scott Muri commented in a news release.

Overall, SpaceX has landed a Falcon first stage rocket booster 63 times and re-flown boosters 45 times. In a news release, SpaceX emphasized its accomplishment in making rocket reuse routine, and its status as the only launch provider to execute precision landings of orbital rocket boosters.

“At 14 stories tall and traveling upwards of 1300 m/s, stabilizing Falcon 9’s first stage booster for landing is like trying to balance a rubber broomstick on your hand in the middle of a hurricane. While recovery and re-flight of an orbital rocket booster may now seem routine, developing Falcon such that it would withstand reentry and return for landing was generally accepted as impossible ” the company said.