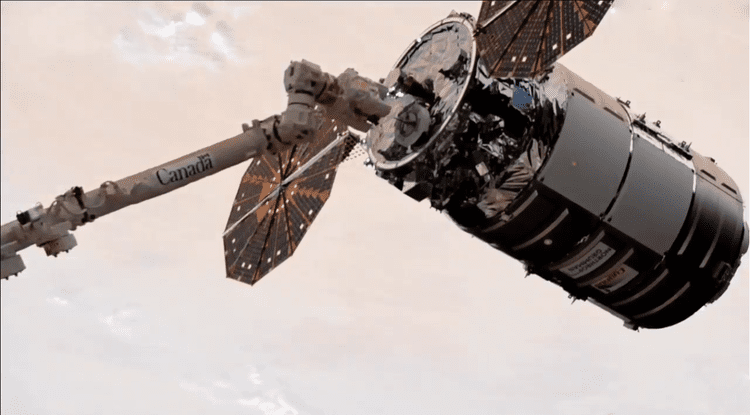 Northrop Grumman revealed Monday that the Cygnus cargo spacecraft, also know as the S.S. Kaplana Chawala, will remain docked to the International Space Station (ISS) for approximately three months. The spacecraft was successfully captured by Commander Chris Cassidy of NASA using the ISS’ robotic Canadarm2 at 5:32 a.m. EDT on Monday after its launch on Oct. 2, carrying 8,000 pounds of cargo.

After three months, Cygnus will undock and complete its secondary mission of hosting both the Northrop Grumman-built SharkSat payload and the Saffire-V experiment. The SharkSat prototype payload is mounted to Cygnus and will collect performance data of new technologies in Low-Earth Orbit (LEO).

“The S.S. Kalpana Chawla has successfully completed the first part of its mission with its arrival at the International Space Station,” said Frank DeMauro, vice president and general manager, tactical space systems, Northrop Grumman. “Northrop Grumman is proud to support both NASA and our commercial partners as we continue to play a critical role in support of humans living and working in space.”