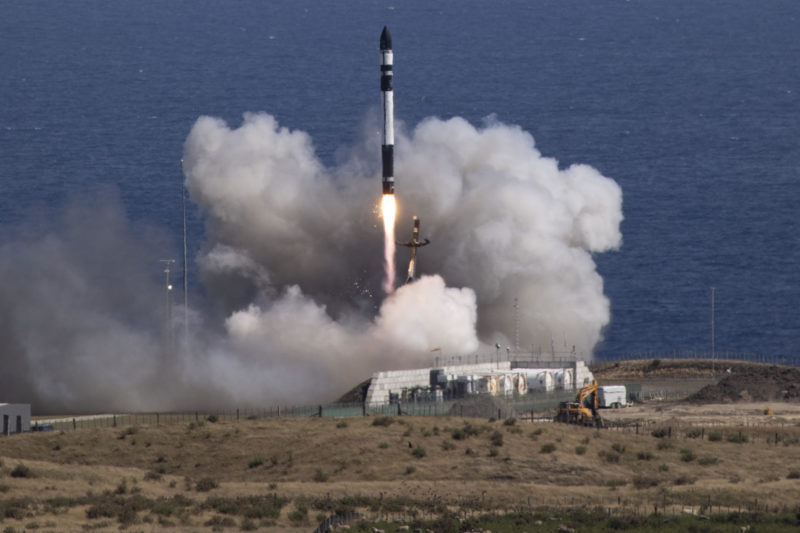 “Birds of a Feather” launch for NRO. Photo: Rocket Lab

The missions were awarded through the NRO’s Rapid Acquisition of a Small Rocket (RASR) contract, an initiative that enables the agency to explore new opportunities for launching small satellites through a streamlined, commercial approach. The RASR-3 and RASR-4 missions are scheduled for launch within weeks of each other in late spring 2021 from two separate pads at Rocket Lab Launch Complex 1 (LC-1) in New Zealand.

By launching the missions separately from pads LC-1A and LC-1B, Rocket Lab said it will be able to eliminate the pad recycle time typically required when launching from a single pad, and this unique ability enables Rocket Lab to launch missions days or even hours apart. Construction of Launch Complex 1 Pad B will be complete by the end of this year. Pad LC-1B is Rocket Lab’s third launch pad, joining the existing pad at Launch Complex 1 in New Zealand, as well as the new pad at Launch Complex 2 at the Mid-Atlantic Regional Spaceport in Wallops, Virginia.

“Maintaining resilient space architecture and having the ability to deploy assets exactly when and where they’re needed is paramount for U.S. national security in these dynamic times,” said Peter Beck, Rocket Lab founder and CEO. “We’re proud to continue enabling that flexible, responsive space access and once again deliver a proven launch solution for the NRO and the nation.”