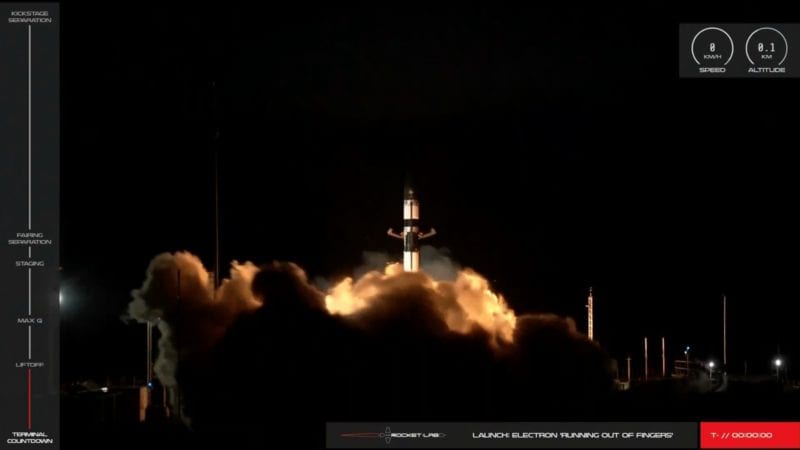 Rocket Lab successfully launched its 10th Electron spacecraft on Friday morning. The launch delivered payloads for Spaceflight and Alba Orbital. The mission, “Running Out of Fingers,” lifted off from Rocket Lab Launch Complex 1 on New Zealand’s Māhia Peninsula at 08:18 UTC.

Electron’s first stage will not be recovered from this mission, however the stage includes new hardware and sensors to inform future recovery efforts. In August, Rocket Lab CEO Peter Beck announced that the company plans to recover and re-fly the first stage of its Electron launch vehicle in order to increase launch frequency by eliminating the need to build a new first stage for every mission.

The six spacecraft aboard the rideshare mission are comprised of 5cm PocketQube microsatellites from Alba Orbital. The final payload on board was procured by Spaceflight for ALE (ALE), a Tokyo-based company creating microsatellites that simulate meteor particles.