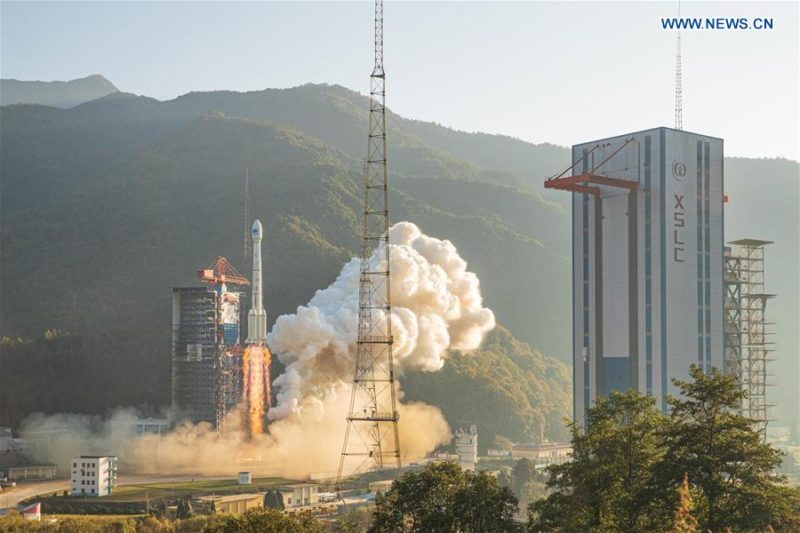 China launched two BeiDou Navigation Satellite System (BDS) satellites into space from the Xichang Satellite Launch Center in Sichuan Province at 8:55 a.m. Saturday. The satellites were launched on a Long March-3B carrier rocket with a  Yuanzheng-1 (Expedition-1) upper stage attached to the carrier rocket. They satellites entered their planned orbit, and are the 50th and 51st satellites of the BDS satellite family.

The two Medium-Earth Orbit satellites are also network satellites for the BeiDou-3 system. The launch was the 319th mission for the Long March series carrier rockets.

The two new satellites, the carrier rocket and Yuanzheng-1 were developed by the Innovation Academy for Microsatellites of the Chinese Academy of Sciences and the the China Academy of Launch Vehicle Technology under the China Aerospace Science and Technology Corporation.