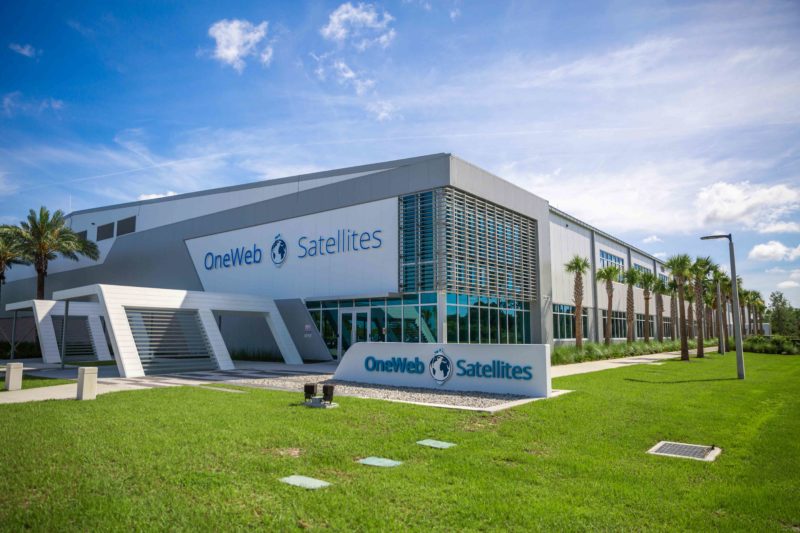 OneWeb Satellites – a joint venture of OneWeb and Airbus – opened a high-volume, high-speed satellite production facility in Merrit Island, Florida, near the Kennedy Space Center. The 105,500 square foot production facility, which has two production lines capable of producing two satellites a day, is helping to revitalize Florida’s Space Coast with 250 new high-tech jobs and 3,000 indirect jobs through the supply chain.

Historically, satellites are custom built, costing tens of millions of dollars to build, and taking more than a year to produce a single one. The OneWeb Satellites facility is the first to employ industrial-scale mass production techniques for satellites, helping to enable reduced costs and production times that can deliver one satellite per production shift or two a day, while expanding internet connectivity and making space technology far more accessible. The facility’s production capabilities will first support the rapid scaling of the OneWeb network, starting with a constellation of 650 satellites and scaling to 1,980 satellites.

“This is a defining moment in the history of OneWeb, and the space industry. With today’s opening, we are one step closer to connecting the unconnected for the benefit of societies all over the world,” said Adrian Steckel, CEO of OneWeb. “As we gear up for more satellite launches at the end of the year, this facility will ensure we can begin delivering global connectivity in some areas as early as next year and globally in 2021.”