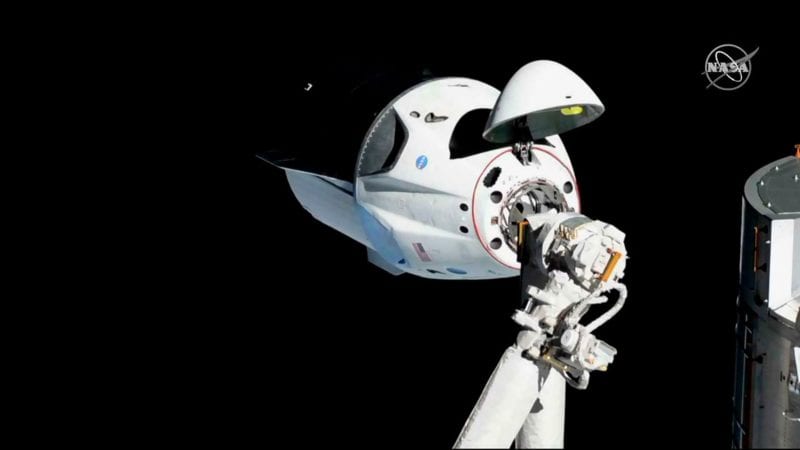 By autonomously docking at the International Space Station, SpaceX’s Crew Dragon capsule has passed a crucial test as the company prepares to start flying US astronauts to the ISS later this year.

The news: After taking off from Florida at 2:49 a.m. EST on Saturday, the capsule made initial contact with the ISS at 5:51 a.m. EST yesterday. A full, secure docking was confirmed just a few minutes later. The capsule used its onboard computer and sensors to complete the whole process autonomously. Canadian astronaut David Saint-Jacques and US astronaut Anne McClain watched from the ISS, with the option to tell the capsule to hold, retreat, or even abort the process. Once it had docked, McClain and Saint-Jacques entered the capsule, sending back a video with the sensor-filled dummy (named Ripley) and stuffed Earth toy sent up as part of the test. You can watch it here.