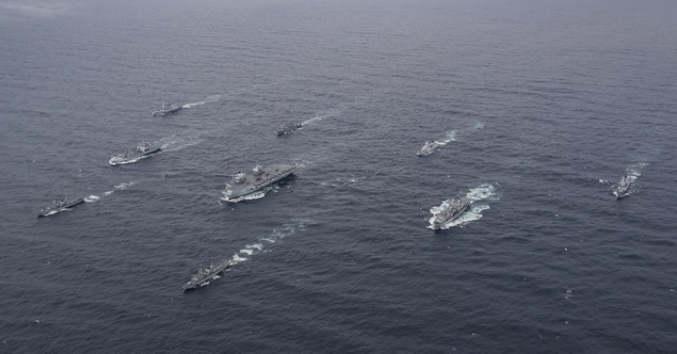 Airbus described this as “the most important U.K. Royal Naval deployment in a generation.” Led by the Royal Navy’s HMS Queen Elizabeth carrier, the U.K. Carrier Strike Group was deployed to the North Atlantic, through to the Mediterranean, Indian Ocean, and on to the Indo-Pacific. The strike group has undertaken a range of operations and training with allies and partners, including maritime missions with NATO in the Mediterranean and coalition operations in the Middle East and Far East.

Airbus worked closely with the Navy Digital and Defence Digital in the lead up to the deployment. This included provision of the latest rollout of the Airbus Maritime Network Evolution (MNE) capability enabling the CSG21 platforms to take advantage of milsat, comsat, Wi-Fi, and 5G while at sea or in port.

“This global integrated deployment has fully proven Airbus’ ability to provide critical secure satellite communications operational support for this multi-domain U.K. task group across the world. We were equally pleased to work with our industry partners in commercial satellite communications to deliver the most appropriate meshed solutions to this deployment ensuring information superiority could be maintained at all times. Skynet 6A, now in production, will provide seamless continuation of this world class capability,” Richard Franklin, managing director of Airbus Defence and Space UK, said in a statement.