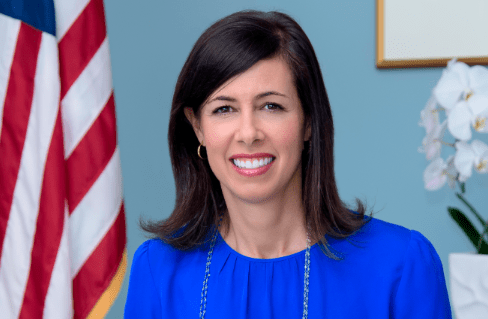 After months of waiting, U.S. President Joe Biden has finally nominated both his permanent chair and fifth commissioner to the FCC.

The Biden Administration announced Tuesday that FCC Acting Chair Jessica Rosenworcel would be put forward as the FCC’s permanent Chair, with Democrat Gigi Sohn, a former counselor to FCC Chairman Tom Wheeler, receiving the nomination for the open fifth seat on the commission.

President Biden also nominated Google’s former public policy lead Alan Davidson to be director of the National Telecommunications and Information Administration (NTIA) at the U.S. Department of Commerce. Davidson previously served as director of digital economy at the Commerce Department during the Obama administration.

Biden’s decision comes after Rosenworcel has served as acting commissioner since the inauguration. Her term technically ended in June 2020, but current rules allowed her to serve through the remainder of the Congressional term.

In her time with the FCC, Rosenworcel has been a champion of closing the digital divide. She has worked for broadband access for students in what she coined the “homework gap,” through the FCC’s Emergency Connectivity Fund, and worked for broadband access in the pandemic through the Emergency Broadband Benefit program. Rosenworcel also supports net neutrality.

“I am deeply humbled to be designated as chair of the Federal Communications Commission by President Biden,” Rosenworcel said in a Tuesday statement. “It is an honor to work with my colleagues on the commission and the agency’s talented staff to ensure that no matter who you are or where you live, everyone has the connections they need to live, work, and learn in the digital age.”

Rosenworcel has voted on a number of controversial issues for the satellite industry — she voted against accelerated relocation payments to satellite operators to clear the C-band; in favor of the Ligado network authorization; and to allow SpaceX to lower the altitude of future satellites in the Starlink constellation.

If Rosenworcel and Sohn are confirmed, it would break the deadlock on the FCC, which currently has two Republican commissioners, Brendan Carr and Nathan Simington, and Democrats Rosenworcel and Geoffrey Starks.

Sohn is a Distinguished Fellow at the Georgetown Law Institute for Technology Law & Policy and described as an advocate for open, affordable, and democratic communications networks.

“If confirmed, I’ll work to fulfill his goal of ensuring that every household in the US has robust broadband internet,” Sohn tweeted Tuesday.

The Telecommunications Industry Association congratulated both Rosenworcel and Sohn on their nominations. “As a commissioner, Rosenworcel has been a staunch supporter of ensuring all Americans have access to high-quality broadband. She has the skills and experience America needs as Congress considers bold investments in ICT [information and communications technology] infrastructure. We urge the Senate to quickly confirm her as chairwoman of the FCC,” TIA CEO David Stehlin said in a statement.

The GPS Innovation Alliance also applauded the appointments. “During [Rosenworcel’s] time as acting chairwoman, she has shown distinguished leadership, winning praise from her fellow commissioners. We are confident she will continue advancing the FCC’s mission through her deep experience and expertise,” GPSIA Executive Director J. David Grossman said.