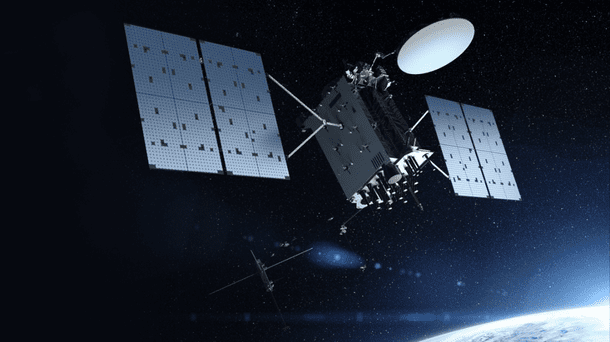 Lockheed Martin is the prime contractor for the GPS III and GPS IIIF satellites for the U.S. Department of Defense. GPS IIIF is the next phase of the military’s GPS satellites, and will have a fully digital navigation payload, and a search and rescue payload. In 2018, Lockheed selected L3Harris to design and build the first two fully-digital MDUs, which generate more powerful GPS signals and assures clock operations for GPS users.

L3Harris has provided navigation technology for every U.S. GPS satellite ever launched. The GPS IIIF MDU will provide improved capabilities over L3Harris’ MDU on the first ten GPS III satellites, which is 70% digital.

“The digital MDU is flexible enough to adapt to advances in GPS technology and future changes in mission needs,” commented Ed Zoiss, president of Space and Airborne Systems for L3Harris. “The new MDU will also support a smooth transition for the U.S. Space Force’s GPS OCX ground control segment.”

The U.S. Space Force expects the first GPS IIIF satellite to be available for launch in 2026. Four GPS III satellites have been successfully launched, the most recent GPS III launch was by SpaceX in November 2020.