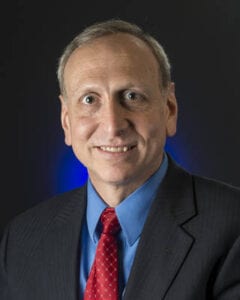 U.S. President Joe Biden named Steve Jurczyk to the post of acting NASA administrator on Thursday, replacing the agency’s former administrator Jim Bridenstine. Jurczyk previously served as NASA’s associate administrator, a role he has held since May 2018. He will lead the agency’s operations until a permanent replacement is named and approved by the U.S. Senate.

Jurczyk began his career in 1988 at NASA’s Langley Research Center, where he worked as an integration and test engineer developing space-based Earth remote sensing systems. He was promoted to director of engineering in 2002, and eventually, director of NASA Langley Research Center in 2014. One year later, he was named associate administrator of the Space Technology Mission Directorate, leading NASA programs focused on human and robotic exploration of the solar system.

The Biden Administration has remain tight-lipped on who will be selected to lead NASA during a crucial four years for the agency — when the United States will continue to build on its very recent return to crewed spaceflight. Along with Jurczyk, certain members of President Joe Biden’s NASA transition team have been identified as top candidates for the spot.

There is speculation that transition team leader and NASA Chief Scientist Ellen Stofan is being considered for the job. Stofan also serves as director of the Smithsonian National Air and Space Museum. Transition team members Shannon Valley, a postdoctoral fellow at in Earth and Atmospheric Sciences at Georgia Institute of Technology, as well as retired U.S. Air Force officer and former NASA Astronaut Pam Melroy have also been identified by industry watchers as favorites.

Others say that former NASA Deputy Administrator Lori Garver, who founded the Brooke Owens Fellowship in 2016, has also been considered to lead the agency.