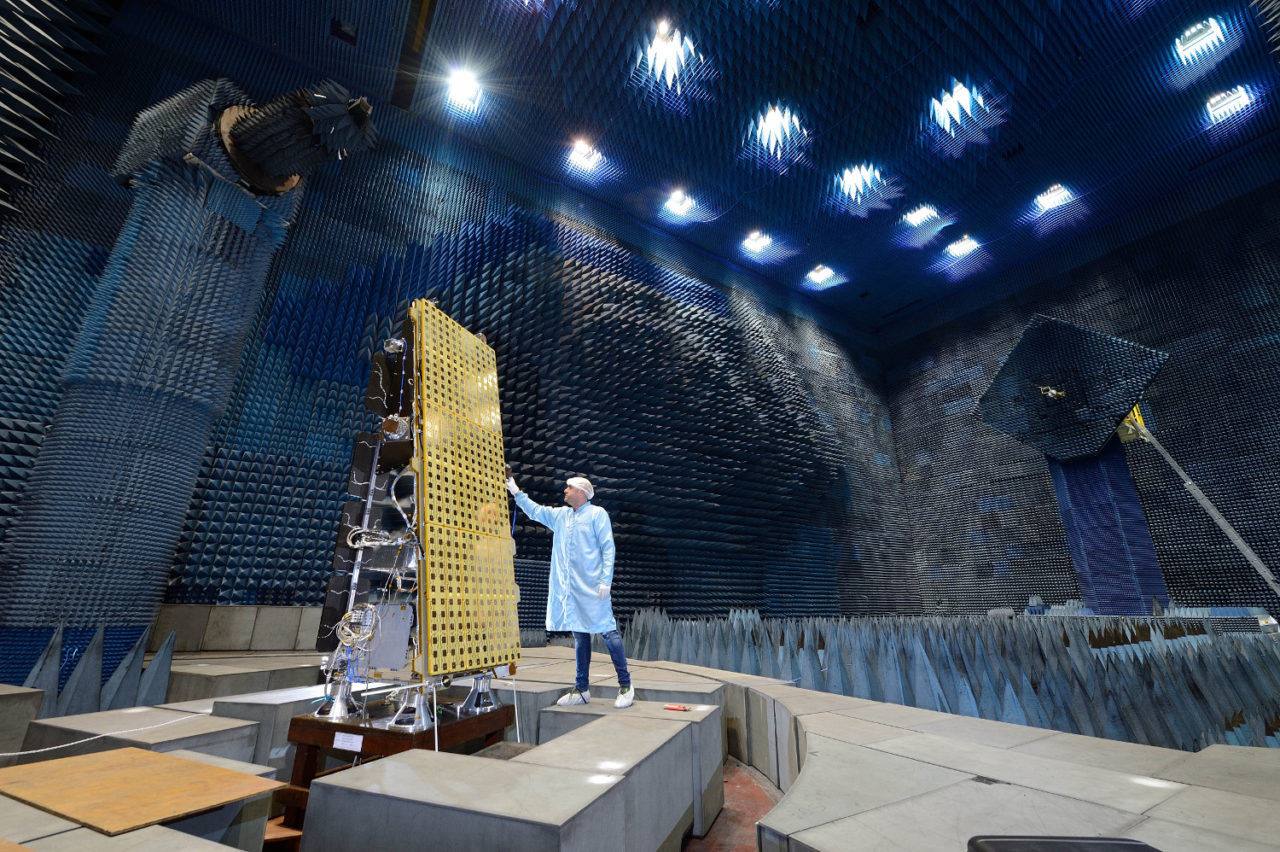 Surrey Satellite Technology Limited (SSTL) signed an agreement in Adelaide at the International Astronautical Congress (IAC) to provide Australia’s Commonwealth Scientific and Industrial Research Organization (CSIRO) a 10 percent share of the tasking and data acquisition capabilities from NovaSAR-S, a small radar satellite due for launch later this year.

NovaSAR-S is a technology demonstration mission designed to complement much larger, complex radar satellites with a smaller, lighter and more cost-effective platform that delivers Earth Observation (EO) Synthetic Aperture Radar (SAR) imagery day and night, and through cloud cover. Managing the energy use on board the small SAR platform has been made possible by using new S-band solid-state amplifier technology and flying an S-band SAR payload developed by Airbus UK in Portsmouth.

NovaSAR-S is also equipped with a wide 400km or greater swath maritime mode for ship detection across oceans and flies an Automatic Identification System (AIS) to provide additional data for shipping, coastguard and customs authorities.

The agreement gives CSIRO tasking priorities and the ability to access the raw data directly from the satellite, and a license to use and share the data with other Australian companies and organizations over an initial 7-year period.

“We anticipate that CSIRO will greatly enhance Australia’s sovereign EO capability with the addition of SAR data, particularly for this continent which has a tropical climate and a large coastline territory,” said Luis Gomes, SSTL’s commercial director. “With the launch of the satellite due later this year, we have a number of discussions open with potential partners on the mission but we also welcome new partners looking to take a data and tasking share in NovaSAR-S.”

The U.K. government provided 21 million pounds ($24.7 million) to assist in the development and launch of NovaSAR-S and will also benefit from access to the SAR data, boosting the U.K.’s EO capabilities for applications such as ship detection and identification, oil spill detection, forestry monitoring and disaster monitoring, particularly flood detection and assessment.