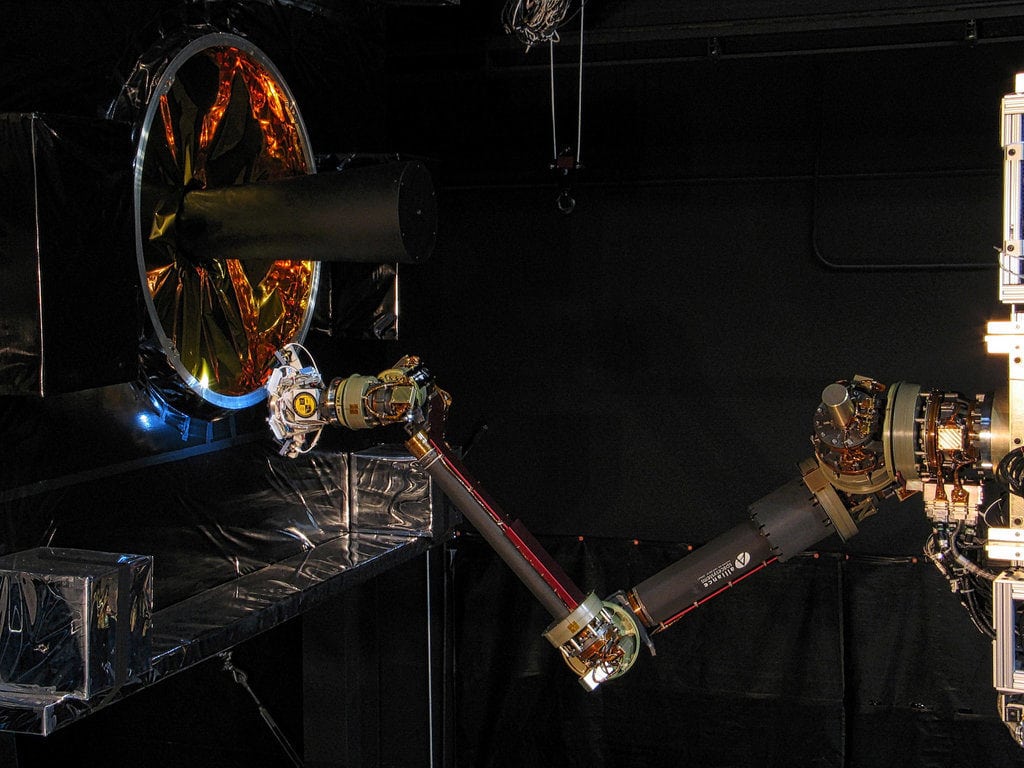 Rep. Jim Bridenstine, R-Okla., defended intervening in the Defense Advanced Research Projects Agency’s (DARPA) Robotic Servicing of Geosynchronous Satellites (RSGS) program because he didn’t want the program, and its potential commercial capability, to denigrate into the bitter feud that permeates the United Launch Alliance (ULA) versus Space Exploration Technology (SpaceX) battle. Bridenstine told an industry audience Wednesday that though he co-signed a Jan. 25 letter to DARPA Acting Director Steven Walker asking the program to be paused until it is reviewed for compliance with the 2010 National Space Policy, he doesn’t want to hold up the program because capabilities like robotic servicing and maintenance and refueling in orbit are critical capabilities to the United States that aren’t being provided commercially.

“[DARPA] doing a robotic demonstration is one thing, commercializing it is something else,” Bridenstine said at the Federal Aviation Administration (FAA)-Commercial Space Federation (CSF) conference in Washington. “I think we need to distinguish between the two.”

RSGS would develop technologies that would enable cooperative inspection and servicing in Geostationary Earth Orbit (GEO) some 22,000 miles from Earth and demonstrating these technologies on orbit within the next five years. Bridenstine, in his letter co-signed by Reps. Barbara Comstock, R-Va., and Robert Bishop, R-Utah, argued that DARPA’s RSGS would obligate at least $200 million to a single private operator, who will retain both the satellite and the associated intellectual property. 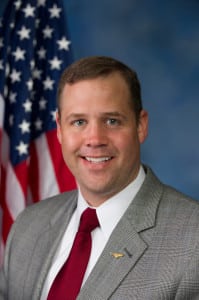 Bridenstine, who is on the House Armed Services (HASC) Strategic Forces Subcommittee, said the commercialization process, which he described as the federal government investing in one partner for a technology and then commercializing it, is often seen by companies as the government providing an advantage to one company over others. He wants to avoid happening to RSGS what happens with ULA and SpaceX, where he said both companies claim the other has an advantage.

Bridenstine, who did not respond to a request for comment Thursday, said the ULA-SpaceX debate is relentless and that it occupies a lot of time and money and that lawmakers are actively engaged on the issues because of perceived inequities. ULA is a joint venture of Lockheed Martin and Boeing.

“My concern is we don’t want to do that for other parts of the national space enterprise that are critical to national security,” he said. “That is why I sent the letter.”

Space Systems/Loral (SSL) won the RSGS contract, the company announced Thursday in a statement. DARPA spokesman Jared Adams said Thursday that the Pentagon’s Acquisition, Technology and Logistics (AT&L) division is conducting a final review as RSGS is the agency’s first public-private effort in the space servicing domain. Once this process is complete, Adams said, the contract will be awarded. SSL did not return a request for comment Thursday.

Orbital ATK has not been happy with RSGS as the company believes it already developed this technology and that RSGS violates the 2010 National Space Policy. Orbital ATK sued DARPA over RSGS on Tuesday in the eastern district of Virginia. Company spokeswoman Sean Wilson said Thursday that RSGS violates long-standing principles of the National Space Policy, wastes taxpayer funds and benefits a foreign-owned corporation.

Wilson added that Orbital ATK is already investing its own money to develop in-space satellite servicing that includes satellite life extension, to be followed by robotic in-space repair and assembly capabilities. An industry source told Defense Daily (Via Satellite’s sister publication) that Orbital ATK submitted a bid for RSGS.

RSGS, Adams said, fulfills national security capabilities that Orbital ATK’s product does not. These, he said, include high-resolution inspection; correction of otherwise mission-ending mechanical anomalies such as solar array and antenna deployment malfunctions. Adams said it also includes assistance with relocation and other orbital maneuvers and installation of attachable payloads, enabling upgrades to existing assets.

Adams defended DARPA’s approach on RSGS, saying that the agency carefully considered the best acquisition approach to ensure the RSGS capability would be made available to high value federal government assets. DARPA, he said, concluded that a public-private partnership was the best approach to save taxpayer dollars and accelerate technology development of high value to both the government and commercial satellite industry.

Adams said government-developed RSGS technologies would not become exclusive property of DARPA’s commercial partner, but would be shared with other qualified and interested U.S. space companies. He said qualified companies would be able to obtain and license the technology through cooperative Research and Development (R&D) agreements.

Michael Listner, principal with Space Law and Policy Solutions in New Hampshire, on Thursday called the Orbital ATK suit perplexing since it is suing on the basis of a policy and not a statute. Listner said the company’s use of the Administrative Procedure Act is equally puzzling as the specific section of the statute it relies on is directions for the court to review agency decisions and not a prohibition for the contract decision DARPA made, which is how Orbital ATK couched the law in its complaint.

Listner said it is also unclear why this action was not filed in the U.S. Court of Federal Claims as it appears to be a bid protest. The complaint looks impressive, Listner said, but probably doesn’t have a lot of teeth. Observers will have a clearer picture, he said, once DARPA files its response, which will likely to be a motion to dismiss under Rule 12(b)(6).

Orbital ATK donated $7,000 to Bridenstine’s 2016 campaign, according to opensecrets.org. Bridenstine ran unopposed in the general election for Oklahoma’s 1st congressional district. He defeated Tom Atkinson in the Republican primary.

This article first appeared in our sister publication, Defense Daily.