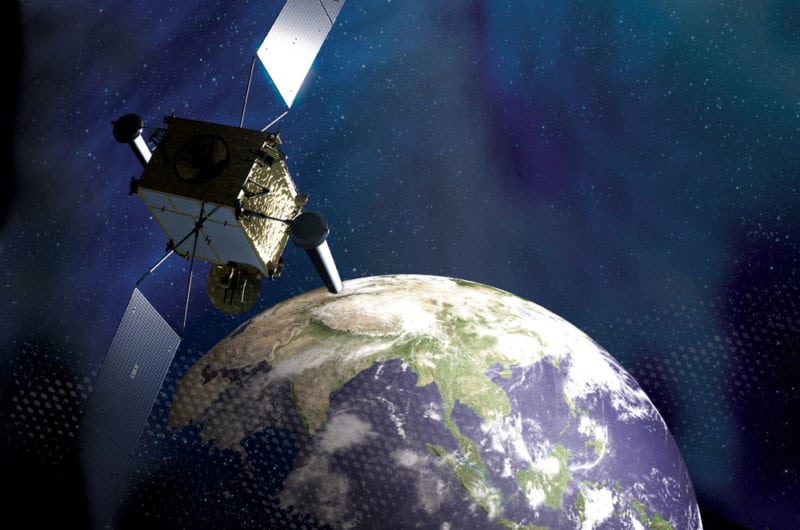 Artist’s rendition of Skynet 5A over the Asia Pacific. Photo: Airbus Defence and Space

[Via Satellite 09-19-016] Airbus Defence and Space, owner and operator of the Skynet X-band satellite system, has struck up partnerships with Inmarsat Government, Hughes Network Systems, and SpeedCast to offer Skynet military satellite communication services. The three companies are able to offer Skynet services to Australian, New Zealand and U.S. forces operating across the globe.

Inmarsat Government will include Skynet services as part of its portfolio offer to U.S. government customers. Hughes will use the partnership for U.S. government tactical missions, primarily using the Xebra service, which uses the Hughes HM300 lightweight X-band satellite terminal and Airbus Defence and Space’s Skynet capacity. SpeedCast will be offering the tactical secure communications services to the Australian and New Zealand government. In addition, Airbus Defence and Space has recently appointed SpeedCast to manage a new anchor station facility for the Skynet 5A military satellite, which is based at SpeedCast’s existing teleport in Adelaide, Australia.

The new partnerships follow the relocation of Skynet 5A from 6 degrees east to 95 degrees east over the Asia Pacific region in September 2015. The Skynet network now offers global military coverage in X-band and Ultra-High Frequency (UHF) through a constellation of eight satellites and an accompanying ground network. Airbus Defence and Space fields the hardened communications system to provide Beyond Line of Sight (BLOS) communications to the U.K. Ministry of Defense (MOD), as well as for other NATO and allied governments.