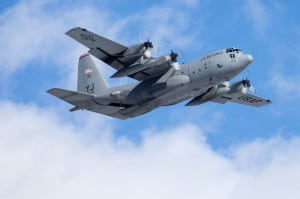 [Via Satellite 06-02-2016] The United States Defense Information Systems Agency (DISA) has awarded ViaSat a non-competitive, firm-fixed-price contract to provide senior leaders and their support staff with Ku-band and Ka-band communications using the company’s subscription service while travelling via aircraft. Fiscal 2016 operations and maintenance funding is approximately $33 million, and the total cumulative face value of the contract is roughly $73.2 million.

According to DISA, performance will be primarily at the ViaSat Carlsbad location, Denver Networks Operation Center (NOC), and government care centers. The period of performance is June 1, 2016, through May 31, 2017, with two six-month option periods. The Defense Information Technology Contracting Organization, Scott Air Force Base, Ill., is the contracting activity.

DISA said the U.S. government posted the synopsis/notice of intent on the federal business opportunities website, and while proposals were solicited, only one proposal was received.