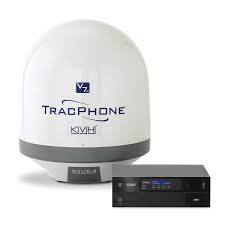 The mini-VSAT Broadband service will be used to transmit data from a mobile platform with surveillance radar and other sensors for homeland security initiatives.

The TracPhone V7-IP allows for upload speeds as fast as 1 Mbps, and download speeds of 2 Mbps.