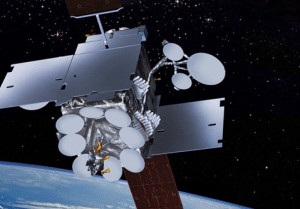 [Via Satellite 10-21-13] L-3 Global Communications Solutions (L-3 GCS), a specialist in the supply of deployable satellite communications solutions and turnkey systems, has received type approval from Inmarsat for its range of military Ka-band terminals, authorizing their use over the Global Xpress (GX) network.

This marks an important milestone in the development of GX, the first globally available high-speed broadband network, which is on schedule to achieve full global coverage by the end of 2014. L-3 GCS’ type approval covers its family of terminals, which are used extensively by military and other government customers in the United States and across the world. The specific devices covered by the Ka-band Inmarsat type approval are the Panther .6m, Hawkeye III Lite 1.2m, and Hawkeye III 1.6m, 2.0m and 2.4m terminals.

“Military customers in the U.S. and other countries have shown significant interest in the capabilities of GX and so we are delighted that the first of many GX-capable military grade terminals are now type approved. This will now allow those government users to augment their use of WGS and other national systems with our GX High Capacity Beams and the exact same SATCOM terminal,” said Peter Hadinger, president of Inmarsat’s U.S. Government Business Unit.