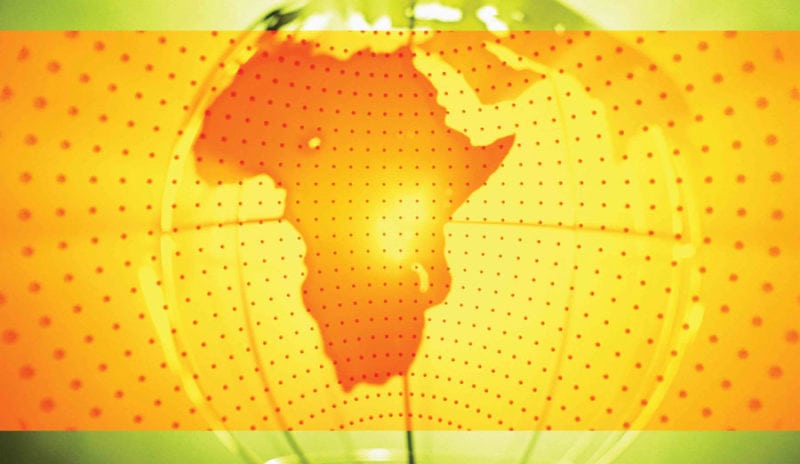 The cellular backhaul market remains a strong one for satellite operators to look to try and monetize in Africa. With large swathes of the population living away from urban centers, it is seen as a major potential growth opportunity for the likes of O3b, Yahsat, Intelsat and other operators.

In some African countries, there has not been a huge investment in terrestrial infrastructure, which means there is more of a reliance on wireless communications infrastructure. This means the demands for bandwidth on wireless networks is on the increase. Wireless operators in Africa are increasingly turning to satellite to help them offer services outside of key urban centers.

Mobile operators also want to increase their coverage and provide a better service in rural areas. One such operator is Kenya-based Safaricom, which, with more than 17 million subscribers, is one Africa’s leading service providers. Safaricom provides a comprehensive range of services from mobile and fixed voice to data services on a variety of platforms. Thibaud Rerolle, technical director at Safaricom, outlined the operator’s need to work with the satellite industry.

“Our need for backhaul services based on satellite is based on a number of factors. Firstly, you have GSM backhaul for areas where there is no footprint for microwave and/or fiber. We also need back up capacity for our premium customers like banks, government agencies and non-governmental organizations (NGOs),” Rerolle says. “We also need satellite capacity for critical voice and Internet back up capacity for international connectivity. We also have to look at disaster recovery where infrastructure has been destroyed by natural calamity or by human actions. Capacity might also be needed by our customers on the move. Finally, we also use satellite in terms of video services.”

“We have found that 60MHz of satellite capacity has proved to be adequate for our needs, especially when well utilized and using optimization techniques,” Rerolle says. “The main technical challenge in using satellite is in the limitation of capacity and power that can be backhauled over satellite. Satellite is key to serving customers especially in extending our reach to the areas where microwave and fiber footprint is not yet available. Satellite hence provides us the solution to reach and serve those customers. [The] biggest constraint is on capacity and quality of service offered. This challenge is not likely to change. The deployment of fiber can really help in alleviating this problem.”

However, while the onset of fiber would help Safaricom, satellite remains a key part of the operator’s plans going forward. “The best way to serve 3G and 4G customers is on a VSAT platform where the shared capacity concept can be used. Ku- and Ka-bands can be used where high capacity can be delivered with smaller bandwidth but with inherent constrain on reliability,” Rerolle adds.

Another operator, which is a major user of satellite capacity in the region, is Net One, one of the largest mobile operators in Angola. Alvaro Oliveira, CTO of Net One Angola, admits satellite is important in its operations outside of the urban centers of Angola.

“Major cities in Angola [especially Luanda] have a good coverage of mobile services and cable TV,” he says. “Here, satellite services are very unlikely to compete with these services. In the rural areas of Angola, there is space to grow, [but] there are limitations in terms of bandwidth. There are ongoing investments in the countryside in Angola, and this means there will be extra demands for bandwidth. Landline and mobile coverage in these areas has traditionally been very weak.”

Oliveira also explains how Netone is currently using capacity. “Net One works in two different domains: As a mobile operator, we use satellite connections in the backhauling to protect fiber optic links in the countryside [due to severe cuts in fiber].”

Last year, Euroconsult released a report titled “Highlights Prospects for Cellular Backhaul in Fast-Growing Economies,” which tracked strong cellular backhaul growth in all emerging regions. The report says the number of sites using satellite backhaul more than tripled between 2007 and 2012 to reach close to 16,000 sites for a satellite capacity use of around 15.6 GHz. Euroconsult says if capacity revenues from cellular backhaul in fast-growing economies reach $1.1 billion by 2023, that would be a sharp rise from around $500 million in 2012, corresponding to a 7 percent compound annual growth rate (CAGR) over the 10 year period.

Jose del Rosario, an analyst at NSR, also believes the backhaul market in Africa will be significant. “We see satellite backhaul entering the African market in a significant way, specifically with HTS and O3b providing compelling cost structures that improve the ROI picture for wireless service providers,” says del Rosario. “Competition within the industry, as well as with terrestrial solutions such as microwave, WiMAX and others, should further benefit the region in terms favorable cost structures that could lead to 3G and perhaps even 4G services over time.”

Del Rosario also comments on NSR’s actual estimates for the market. “We estimate that about 100 traditional FSS transponders in C-band and Ku-band, 36 MHz equivalents, are being demanded by the region currently, and this is likely to decline slightly over the long term due to new capacity that’s coming into the region. This new capacity, i.e. HTS, is projected to be demanded at over 30 Gbps of capacity by the year 2022,” he says.

One of the largest players in the region is the MTN Group, which has operations spanning throughout the Middle East and Africa. MTN is serving more than 200 million mobile subscribers across its operating companies. The company has two main satellite capacity providers, and satellite capacity is contracted centrally to achieve greater efficiency.

“There are more bandwidth offers in the last two years due to the launch of new satellites and the development of new regional and international submarine cables. Our demand [has been] stable during the last three years, this is due to the migration of services to terrestrial microwave and fiber. Furthermore, the deployment of new optimization equipment supporting CnC has provided better bits/Hz ratio,” says Kamal Fayed, general manager of Global Carrier Services at MTN.

Fayed says the demand for satellite capacity in Africa will likely remain strong. “Many countries in Africa still do not have national fiber network, and for those who have fiber, it is limited to large cities and strategic locations. Satellite will be required for the far and remote areas. The demand will grow for submarine cable backup for international capacity for the countries that have only one access to international submarine cable,” he says. “Also, the technology evolution will increase the demand per user. The cost of telecommunication services in decreasing (Voice, 3G, LTE, and Over the Top applications) and the number of users for those services in increasing.”

Deon Liebenberg, Vodacom’s managing executive for large enterprise and international business, also believes the business case for satellite remains strong in Africa. He says the company has thousands of customers using its satellite solutions. As the company continues to grow and reach more and more rural areas, Vodacom expects demand for these services to increase.

“In the short term, we expect to see an increase in its use in developing countries where the in-country networks are either not in place or provide poor coverage due to non-commercial viability,” says Liebenberg. “Satellite is also useful as a backup in instances where fiber infrastructure has been deployed but the network is affected by incessant cuts and outages. It is also interesting to note that the U.S. still makes use of VSAT and has one of the largest VSAT deployments in the world. This reinforces that satellite has its place in the overall technology landscape.”