SES has teamed up with Intelsat today on a proposal to the United States Federal Communications Commission (FCC) which seeks to protect the wide array of established satellite services in the 3700-4200 MHz C-band downlink spectrum while opening a specified portion of that spectrum for terrestrial mobile use. SES decided they needed to be “proactive” on this, according to its Chief Development Officer, Christophe de Hauwer, who spoke exclusively to Via Satellite on the collaboration and why that ultimately it made sense to join forces with Intelsat here.

“We saw that many proposals that have been made to solve that issue would be technically unrealistic and economically disastrous. We know the C-band and we have to protect and secure the C-band satellite ecosystem, which is working perfectly well and supplies TV and radio services to virtually every U.S. resident. So, rather than finding ourselves in a lengthy process with uncertain outcome, we decided to take a proactive and market-based initiative and join forces with Intelsat,” de Hauwer said.

Bruno Fromont, senior vice president of strategy and asset management at Intelsat, also hailed the agreement. He told Via Satellite that, with SES now in agreement with the major tenets of its proposal and the benefit of further collaboration, Intelsat is confident in its ability to implement this proposal quickly, efficiently and, most crucially, without compromising the reliability and quality satellite services it delivers to its customers. 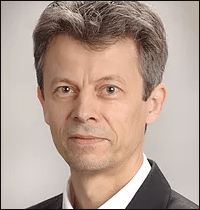 “Having certainty with respect to the investments we are making in C-band, and protection of the reliability and quality of services that are delivered in the C-band, benefits the [satellite] sector. Working together on this proposal proves to the FCC that the satellite sector understands that 5G is a national priority, and that we can be creative and innovative in devising solutions and being part of the upcoming 5G infrastructure rollout,” Fromont said. “The bottom line is that we want to actively shape the regulatory landscape in which we live, rather than enter into a period of regulatory uncertainty with unknown outcomes.”

The proposal builds on a model first put forward to the FCC by Intelsat and Intel in October 2017, and sets a commercial and technical framework that would enable wireless operators to quickly access approximately 100 MHz of nationwide C-band downlink spectrum in the U.S., speeding the deployment of next generation 5G services. In terms of how things have moved on, Fromont said that, while there are no major differences in its proposal from October, it has advanced it with some additional details. “Most importantly, we specify being able to make available 100 MHz for joint-use, and we expound upon the mandate of the Consortium and its governance,” he added. “SES’ support of this proposal is significant — joining forces on this proposal creates a clear and unified industry voice for negotiations with the FCC, mobile industry and lawmakers.” 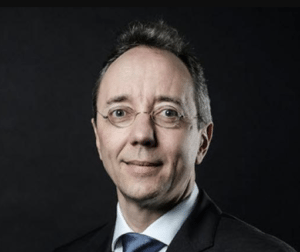 Fromont believes working together will have clear benefits and hopes other players may join Intelsat and SES. “We welcome other relevant satellite operators who serve the 48 continental U.S. to join the coalition. This is a complex proposal; however, we believe it has compelling merits — not only protecting the services we provide to our customers, but also for wireless network providers and the American public,” he adds.

It will be interesting to see what reaction the overall satellite industry gives to this announcement. When Intelsat announced it had joined forces with Intel on the aforementioned proposal last October, the initial reaction wasn’t exactly positive. When Via Satellite interviewed other CEOs of satellite operators at the time, they were not immediately giving ringing endorsements to the move. Then CEO of ABS, Tom Choi, even called the proposal “ridiculous,” and Andrew Jordan, CEO of AsiaSat, called it “divisive.”

Fromont, however, said the reaction had largely been positive, particularly in the U.S., where this is all taking place, and hits back at some of the “misinformed” opinions he heard and read at that time.

“Most of the reactions formally lodged at the FCC in response to our joint proposal with Intel were cautious and measured rather than negative. However, many of the negative reactions we saw in the press back in October were more reactive in nature and therefore misinformed of the regulatory challenges we face as an industry. Ironically, most of these negative comments came from entities that have no significant stake in the U.S. market,” he said. “Our C-band has been specifically called out in a number of adverse pieces of legislation — some of which are still active on Capitol Hill today. It is our duty to protect the services we provide to our customers, and obtain certainty with respect to our use of our spectrum. SES recognizes the regulatory threat and now joins us in presenting a constructive proposal that can provide a solution to the 5G national priority.”

I asked de Hauwer how he counters such criticism that will likely come to both operators as a result of this initiative, but he said the companies have already received “many positive signed and good feedback.”

“SES and Intelsat are the two players who are largely concerned, except our customers, of course, for whom, we think, we propose a viable solution that gives them a maximum protection of the wide array of existing services. On top, this is a crucial contribution to the roll-out of 5G in the U.S. Why should this be negative? Maintaining the existing C-band satellite ecosystem while developing 5G is equally important for hundreds of service providers, millions of TV viewers, entire industries and, ultimately, for the U.S. economy,” de Hauwer said.

He emphasized the point that this proposal is specific and limited to the U.S. market and its unique characteristics. He notes that SES is an important player in that market and therefore has an objective to be involved and represent its customers’ and other stakeholders’ interests.

“When the FCC requests a solution for C-band, we cannot stand still and ignore that. And, as mentioned before, we decided to rather be proactive and propose something which would be speedy, help quickly and create certainty for all; for their services and their investments,” he added.

So, is this collaboration good news for the satellite industry? De Hauwer certainly thinks so: “It is good because it secures a large portion of spectrum for the immensely important satellite C-band services. It is good because it protects an existing and functioning ecosystem while at the same time supporting the timely roll-out of 5G. The development of 5G is of huge importance for the telecommunication industry, for the end users’ connectivity and for all our everyday lives,” he said. “However, to be clear, this solution, if adopted, is tailor-made for the U.S. and cannot be exported. It is not feasible and often not necessary since many countries have already made mid-band spectrum available to mobile services.”

Fromont echoes de Hauwer’s comments adding that he believes the satellite industry can look forward to a bright future in the 5G world. “For the first time satellite is being included in the 5G standards. For example, satellite access is specifically identified in the 3GPP service requirements for 5G systems due to our active participation in these forums. Generally speaking, a common platform to address spectrum issues, common standards (lacking in our industry) is part of the necessary effort to integrate better with the telecom ecosystem. On a global basis, we do believe that satellite will benefit from a 5G environment,” he said.