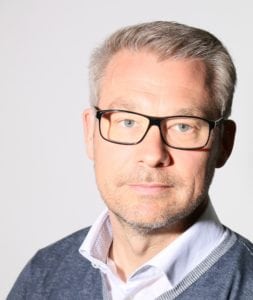 [Via Satellite 01-11-2017] EightyLEO CEO Matthias Spott says the company’s vision of the Internet of Things (IoT) servicing network of communications satellites remains intact and on track, despite the fact that the constellation name and satellite architecture has changed. Spott launched the company in early 2015 with the aim to energize the European space industry by building and deploying a satellite constellation with an intense focus on end user applications in the commercial sector. Since then, however, Spott says the company has pivoted away from its original design, which was based on a constellation project from the 1990s, in an effort to more effectively serve today’s use cases.

“What happened to the satellites is what happens to everyone: they gained weight,” Spott told Via Satellite magazine. “We are now talking about launching satellites in the 200 kilogram class as opposed to the lighter satellites we had originally planned. While synchronizing business development and engineering and looking at the use cases we wanted to focus in on with the technology, it added weight to the overall system.”

“We decided to wait until there were certain key technologies available and matured that we wanted to use that would make a difference for the constellation in terms of performance, reliability, cost-efficiency and weight limit, and not just rush through and demonstrate something,” said Spott.

The company is also moving forward with rebranding the name. The constellation will go to market as KasKilo in order to differentiate themselves from other smallsat constellations popping up on the market.

“The name actually is interesting because we wanted to differentiate it from the hundreds of other companies out there. We didn’t want to call it something with ‘LEO’ or ‘Sat’ in the name because there are so many companies out there with that kind of name,” said Spott, who noted that the name is also a reference to a wish to communicate in the fleck alphabet.

While much about the constellation is changing, Spott is insistent that the company’s vision remains the same.

“We have sharpened our vision, I would say. We very early on decided that we don’t want to serve the other 3 billion people, we want to serve the other 80 billion IoT devices that will be out there at some point in time with low-latency, transcontinental connectivity,” said Spott. “We are more clear now and more focused on which use cases and which customers we want to serve. “We are not focused on narrow-band applications, which you could serve easily with nanosat constellations. We are really considering true global, intercontinental IoT broadband connectivity use cases and applications.”

The company also believes its IoT services won’t be competing against other IoT enabling technologies, such as 5G, but complementing them.

“5G is great in high-density areas in Europe, you see that it will take quite some time and a lot of CAPEX to make that happen. Those technologies will leave a lot of large gaps or areas where the satellite is probably the one and only solution to provide connectivity in those areas,” said Spott. “We believe satellite communication fits very well into that role, but in a very specific use case. You have to pick your customers and use cases very carefully in order to play this complementary role.”

“Our main objective at this point is to make that demo mission happen. We are not raising the amount necessary to launch the full constellation at this point. For us, the demo mission is a very critical milestone in order to take technology, regulatory and market risk down,” said Spott. The scaling and the full implementation of the constellation is really appealing to a totally different type of investor.”