EU Needs to Pick One Mission for European LEO Constellation 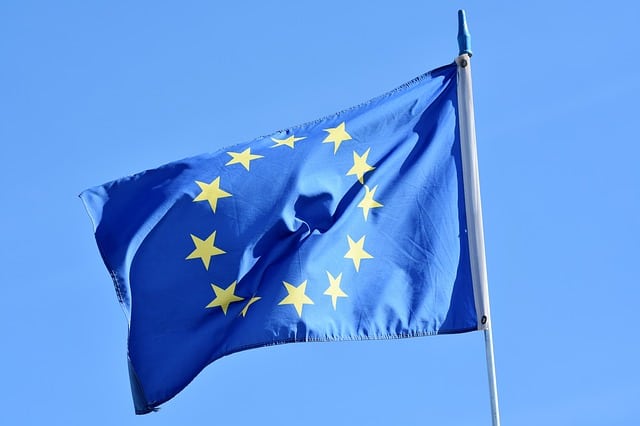 On December 23, shortly before the holidays, I received a press release that headlined: “European space and digital players to study build of EU’s satellite-based connectivity system.” As part of this 7 million euro ($8.5 million) deal, the European Commission is asking Airbus, Arianespace, Eutelsat, Hispasat, OHB, Orange, SES, Telespazio, and Thales Alenia Space to do a one-year study on an EU-branded Low-Earth Orbit (LEO) satellite system.  The commission pitched that the system will provide secure and low-latency communications, as well as broadband internet to all Europeans, and will include quantum cryptography to support the constellation’s security. With this study and a potential launch in the future, the EU said it is aiming to secure European “digital sovereignty.”

As a European citizen and space enthusiast this is exciting news! Having spent the better part of this millennium among various Non-Geostationary (NGSO) and LEO systems, however, a couple of questions do come up immediately: Why is this study into New Space opportunities, being conducted by Old Space company? If the ambition is to secure European digital sovereignty, can we afford to spend – or lose – a year on a study, with cyberthreats rampant and so much NGSO/LEO information already available?  Also, as the European Commission represents 27 EU member states, each with their own political structure and agenda, can the EU handle such an ambitious project and deliver on time and on budget while answering to that many stakeholders? Clearly, I had something to think about during the quiet, COVID-dominated holiday break.

To get a better understanding of the EU’s challenges in executing big projects relative to the number of member states it represents, let’s turn to Galileo. This is the EU’s Global Navigation (GNSS) satellite system and was conceived in the ‘90s. It went into early operational capability in 2016 and will be completed in 2021 with the launch of its 24th and last satellite — after well over 20 years of development. This was a period in which 13 countries were added to the EU (and the United Kingdom left), in which China joined and left the Galileo program, in which the United States successfully pushed for frequency changes, and most importantly, a period of constant governance and funding issues that have been well documented.

If a single mission constellation takes that long and runs into so many issues, what are we to think of a new, multi-mission LEO space program? If a higher ambition level and more complex technology is not enough, there are now twice as many countries that must be represented during the process. It is fair to say that challenging times are ahead, and we should expect critics to be sharpening their pencils, ready to expose every misstep, and criticize every compromise.

Mandate From the Member States

Why do these European projects seem to take forever and always run over budget? Contrary to what most people assume, the EU is not a government like that of its nation states. The EU is an inter-governmental institution, designed to support cooperation amongst its member states. As the EU has taken a more active role in world affairs and its members of parliament have gained in influence, it increasingly comes across as sort of a supranational government, similar to a federal government. But it is neither. The EU’s internal structure is still geared toward careful cooperation between its member states and the EU cannot take on any new responsibilities, until it receives a mandate from its member states’ governments. This has big implications.

When the European Commission is asking to have a study done, it’s only in part to assess commercial and technical feasibility. It is also to build political support. The Old Space companies have long-standing reputations and when they put their name behind a report that proofs a constellation’s viability, the European Commission can take that to the EU member states for negotiations, in an effort to acquire a mandate. The U.S. equivalent of such process would be for NASA to be funded one project at a time, each project needing sign-off and funding by each of the 50 states individually. Go figure!

Does this convoluting way of initiating and executing projects always lead to suboptimal and belated outcomes? Not necessarily. Can the EU manage big projects and drive significant change? Yes. One example is General Data Protection Regulation (GDPR), the EU’s regulation on protection and privacy, signed into law in 2016 and adopted by all member states. Whether you are a fan of GDPR or not, it has been and still is a great success, and the secret of this success is that it has a single mission. The sole purpose of GDPR is to ensure that all individuals are in control of their own personal data, and this had a firm mandate from all member states. While in the U.S. such ambitions would likely be watered down by successful corporate lobbying, that is a lot harder to do in Europe. It is highly likely this helped the GDPR outcome in both speed and quality.

Applying this lesson to the upcoming LEO project, the European Commission should not aim to develop a constellation that can offer everything to all people as now seems to be the case. Focusing on both security and broadband, while applying new quantum encryption that hasn’t been proven to work reliably over long distances, is a recipe for a long and tedious process, if not disaster. My advice? Pick one and be best at it! Focus on one single mission. That is the best path to acquire the necessary mandate and more importantly, to keep it along with its funding.

As much as GDPR has taught us that a single mission is a prerequisite to success, it is not a guarantee for success. Galileo also is a single mission constellation – global navigation – but it was far from successful in terms of being on-spec, on-time, and on-budget. A key ingredient is clearly missing and I’m afraid it is not something that is cool to talk about in New Space — profitability. This straightforward be-all and end-all in the corporate world, is not a popular topic in an industry where it is about technology breakthroughs and literally venturing to new heights. When the original business plans for Galileo were written, it assumed that over 60% of the constellation would be paid for by corporate Europe with only one-third falling on the taxpayers. They produced fantastic business cases with lofty revenue plans – some even including double counting – to warm up EU member states. The reality turned out to be less rosy and it caused many delays and setbacks. We now know the constellation costed roughly twice as much, with 100% of the funding falling on the European taxpayers. New Space enthusiasm meeting market discipline!

With this it is clear that next to a single mission, a compelling, and iron-clad business plan is key to European success. With that, broadband is out. There simply is no convincing business case, as demonstrated by the fact that OneWeb went through Chapter 11, and SpaceX’s Starlink now finds itself strapped to the Rural Digital Opportunity Fund (RDOF) drip feed. Quantum encryption alone is not enough to launch satellites, so what is left is latency and security.

Luckily, these capabilities can produce a great business case and one that has been successfully tested — something I can safely say with the confidence of experience.  A constellation that can offer lowest end-to-end latency has access to specific segments of the financial services industry. That is a very lucrative market where customers are prepared to pay top dollars because they buy a truly unique service. Then on the security side, if bits do not have to travel the Earth’s cables anymore, security is offered on the most fundamental, physical layer. Any enterprise or government has at least 5%-10% of data they consider critical and need to keep safe while transporting between locations. A constellation that can offer end-to-end connections that are verifiably secure, has immediate access to a multi-billion dollar opportunity in the multi-trillion dollar data-communication market.  True value is delivered, and customers pay again premium prices.

The plans that the European Commission is making for a LEO constellation can be successful, but to obtain the required mandate, it must present an ironclad, highly profitable business case, based on a single mission. The European Old Space companies who will help the EU make this decision are well advised to focus on a profitable business first, then verify the technology later. This is difficult for an industry that is focused on technology and only knows the data-communication industry as a provider of last resort solutions and permanently dropping prices. If for every engineer they involve, they also involve one customer, then the outcome may well be that the EU will end up launching a constellation for end-to-end low latency and secure communications. Not only will that make money from day one, it will also address the immediate cyber challenges that we already face today.

As for broadband?  There will be plenty of that going around very soon, nicely subsidized by other countries.

A version of this article was first published on his LinkedIn.