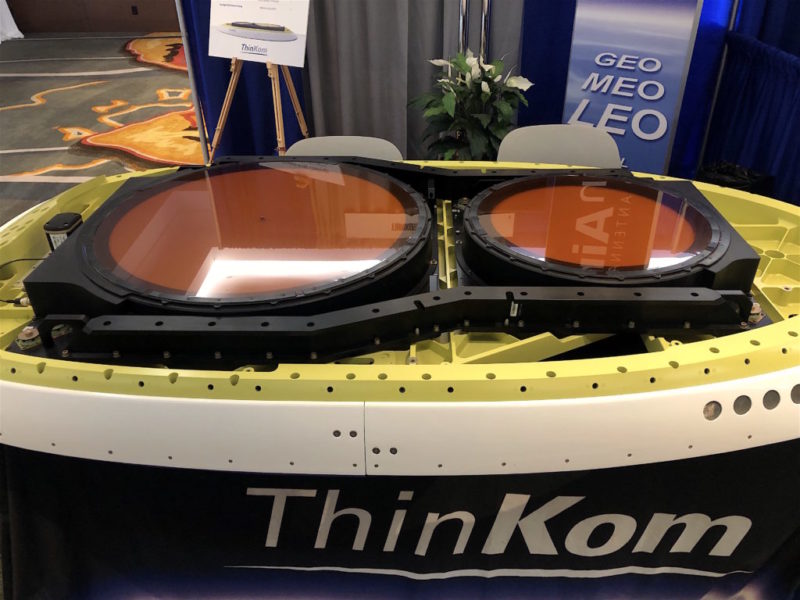 The future form, fit and function of commercial airplane antennas that enable high speed internet connectivity for passengers and pilots will be lower in profile with little to no moving parts, but whether or not those future antennas absolutely need to be electronically steerable is still up for debate.

Speaking on the “Satellite Tech Focus” panel at the 2019 Global Connected Aircraft Summit, JP Szczepanik, chief technology officer (CTO) of Phasor, said he believes that electronically steered antennas will be the disruptive technology that comes of age within the next generation of airplane in-flight connectivity antennas. Phasor has been one of the antenna manufacturing industry’s most active players in the development of electronically steered antennas for the commercial airplane market, including a new development partnership with Gogo that will package their technology into a new airborne terminal.

“There’s going to be an evolution, we’re trying to reduce the antenna to zero,” Szczepanik said. “We’re working toward a fully electronically steered antenna with no moving parts at all which brings with it inherit reliability and improvements, but you still have to prove that out and get it on aircraft, that’s what we’re going through today.” 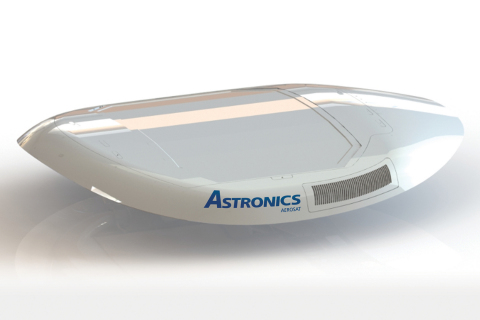 Szczepanik said that antennas are the “bottle neck” that currently restricts the type of connection speed available to aircraft, and that he sees most antenna manufacturers attempting to enable bigger data pipes to aircraft, while still trying to lower the profile. Another key design goal for Phasor is to introduce electronically steered antennas that have the largest aperture area possible with the least amount of design impact on the aircraft as possible.

But not all of the panelists are entirely convinced that electronic steering is the ultimate end goal for the next generation of in-flight connectivity antennas. One main reason for this, as ThinKom points out at its GCAS 2019 booth, is that despite several years of development effort, there still are currently no electronically steerable antennas in-service on commercial airplanes.

Viasat’s newest antenna system, the Ka-band Global Aero Terminal (GAT-5518), is a two-axis mechanically steerable, two-way Ka-band antenna with an integrated antenna control unit and a modem that can be tail, fuselage or hatch-mounted. And while they’re one of the few airplane internet service providers that builds its own antenna, their focus remains more on satellite capacity than the performance or design of their next antenna. 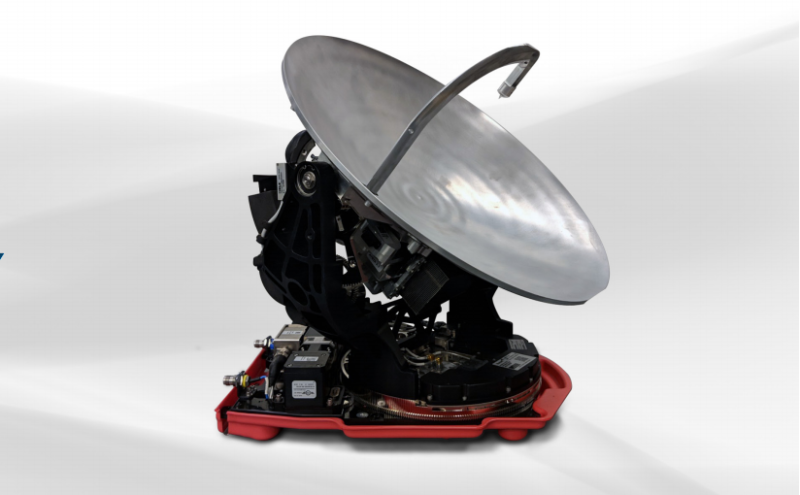 Polad believes aircraft antennas can really only enable a 10 to 20 percent gain from an efficiency perspective in terms of the economics speed of the connection that can actually be enabled on an aircraft. In contrast, Viasat’s intense focus on its satellite network has resonated with airlines, as the company now has 1,312 aircraft using its service with another 490 installations under contract.

While Viasat does want its future facing antennas to be lower in profile, Polad pointed out the some of the performance inefficiencies that lower profile antennas can experience in certain situations. He said Viasat does have a roadmap that includes improvements in future antenna designs, but the company will continue to focus on ensuring it has enough capacity and bandwidth available to enable faster in-flight connectivity speeds.

“You’d like it to be low profile, but from the perspective of where you get the real bang for the buck and the economics and the capacity, and what consumers actually want which is the internet and the ability to do what they can on the ground, we found the real impact is in the satellites,” Polad said. 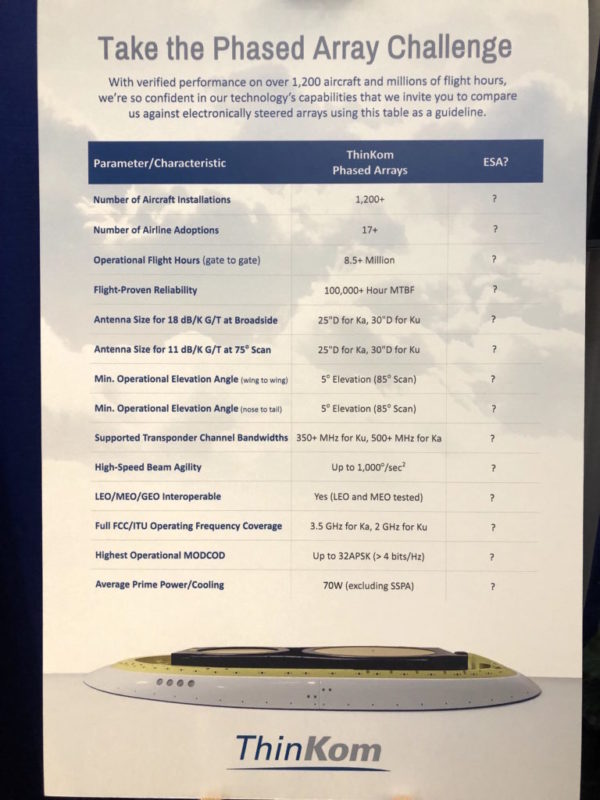 ThinKom’s phased array challenge on display at its GCAS 2019 booth.

Meanwhile ThinKom is increasingly focused on spectral efficiency and enabling the most bits per hertz performance on its antennas. Bill Milroy, chairman and chief technology officer of ThinKom, said he likes phased arrays and believes phased array antennas can be efficient whether they’re electronically or mechanically steered.

Milroy said antenna suppliers are starting to get closer to the actual end user, the airline, in terms of the interest in becoming more knowledgable about their antenna technology. He said he never expects airlines to walk up to a ThinKom booth with a purchase order. However as passenger expectations for speedier in-flight connectivity continues to force  airline investment in new technology, he is starting to see more of them actually travel to ThinKom’s facility to better understand how their antenna technology works and how they will evolve into the future.

“The best antenna is no antenna, the best radome is no radome, we’re in that sort of business,” Milroy said. “The antenna is an important enabler. It’s key as suppliers that we don’t become disruptive in a bad way.”