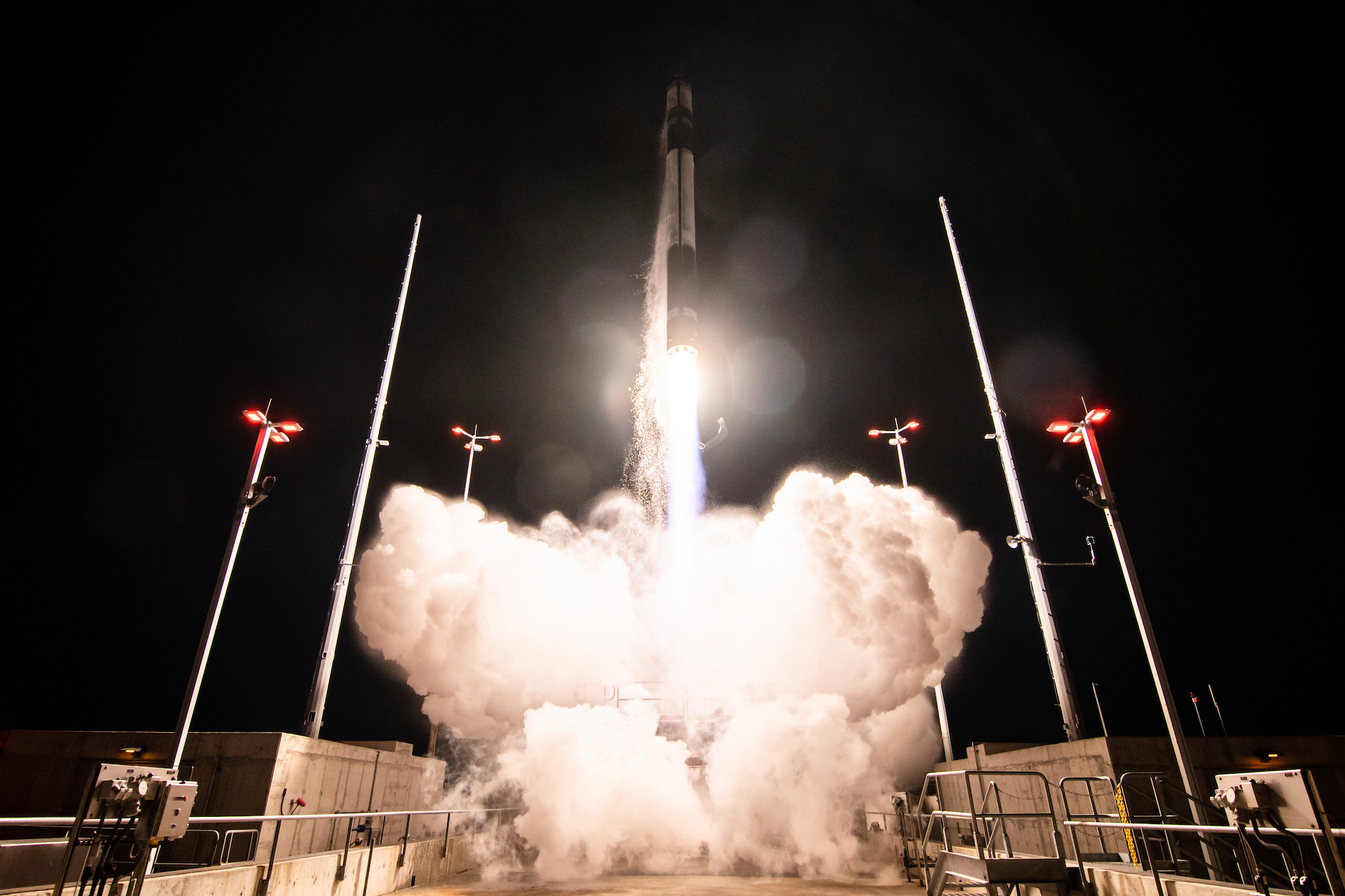 Rocket Lab launched from the East Coast on Tuesday evening, in a milestone launch for the company that had been long delayed.

An Electron rocket launched  “Virginia Is For Launch Lovers” mission from Launch Complex 2 at at the Mid-Atlantic Regional Spaceport in NASA’s Wallops Flight Facility on Wallops Island, Virginia on Jan. 24 at 6 p.m. ET.

The mission supported commercial radio frequency monitoring company HawkEye 360. It is the first of three Electron launches for HawkEye 360 in a contract to launch 15 satellites. HawkEye now has 15 satellites in orbit.

The first LC2 launch has been delayed for nearly two years. The complex has been finished since early 2020, but there have been delays with the Autonomous Flight Termination System (AFTS) that will be used at the range.

Rocket Lab had planned to launch the mission by the end of 2022, but NASA and the Federal Aviation Administration (FAA) completed the regulatory documentation with only two days left in the originally scheduled 14-day launch window in December. Then, bad weather stymied launch attempts on those two days.

The schedule slip caused millions in revenue to shift from fiscal year 2023 from 2022. Rocket Lab had to adjust its guidance with the change, updating its expected Q4 2022 revenue outlook from the range of $51 million to $54 million previously provided to $46 million to $47 million.

“We’re incredibly excited about the capability we’re bringing to Virginia by delivering responsive launch for our customers from U.S. soil, and we’re also proud of the opportunities it creates for the local community by creating highly-skilled jobs and bringing high-tech manufacturing to the Eastern Shore,” Rocket Lab founder and CEO Peter Beck said. “Electron has made history by becoming the most launched small orbital rocket globally. With the support of our partners at NASA and Virginia Space, we look forward to building on this strong heritage of mission success with the first of many missions from Wallops.”

It is the first launch from U.S. soil for Rocket Lab, which was was founded in New Zealand and launches out of New Zealand. The company is registered in the United States with the full name Rocket Lab USA, with headquarters in Long Beach, California.

More than just a launch site, Rocket Lab is cementing its presence on the East Coast of Virginia, and also selected Wallops Island as the launch and landing site for its new reusable Neutron rocket. The deal is backed up by $45 million in development funding from Virginia, also includes manufacturing and operations facilities.