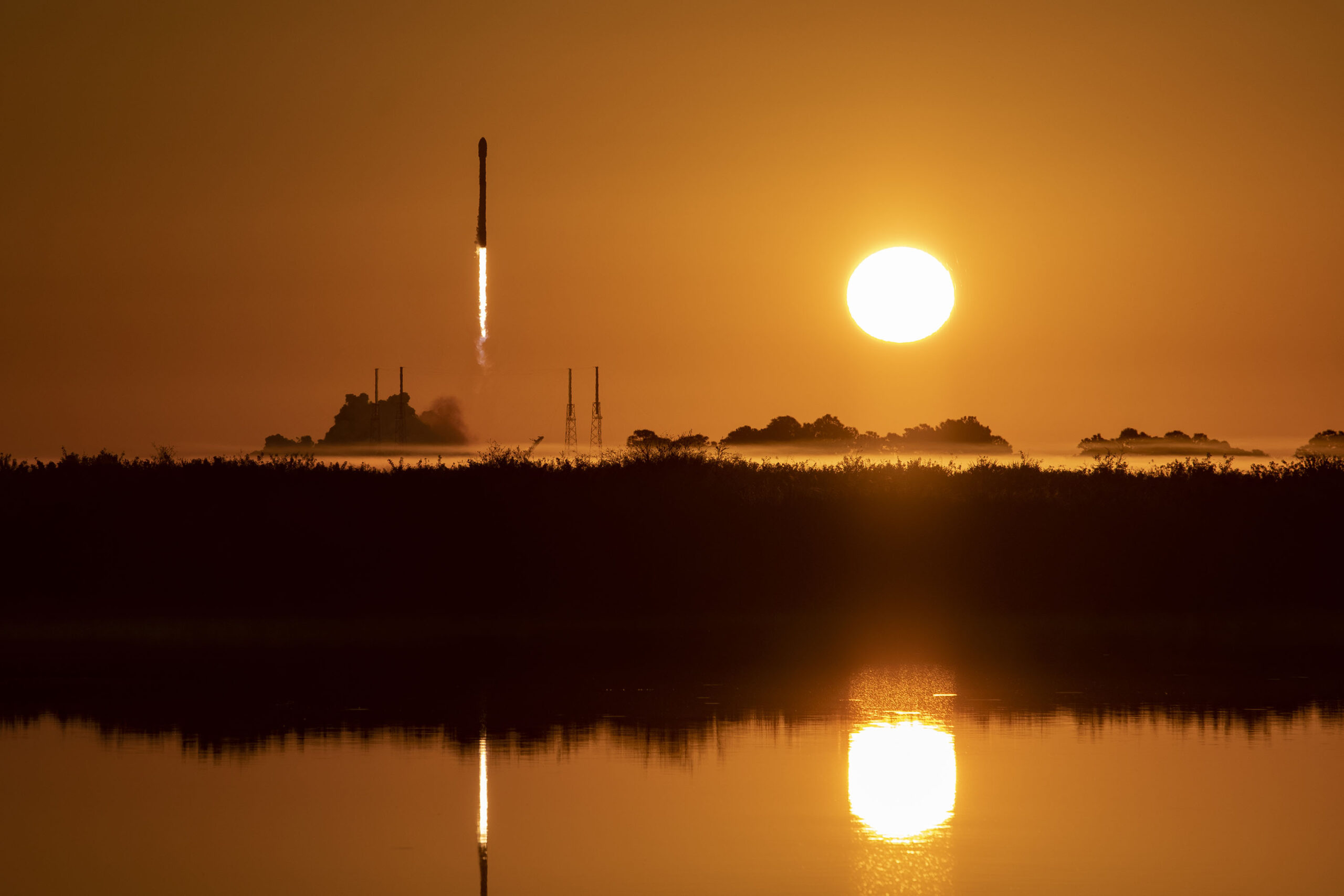 The Falcon 9 rocket took off from Space Launch Complex 40 at Cape Canaveral Space Force Station in Florida on Jan. 18 at 7:24 a.m. The satellite was delivered to its target orbit, separating from the upper stage about 89 minutes into the launch.

It was SpaceX’s second National Security Space Launch (NSSL) in a few days, after a Falcon Heavy launch from the Cape on Jan. 15.

The mission used a previously flown booster, and was only the second NSSL mission to do so. The booster used in this mission previously supported the launch of the Crew-5 mission for NASA, and it was recovered and will be used again.

“We’re reaping the benefits of this innovation with every launch. We embraced this concept six years ago, understanding the economic benefits and efficiencies that come with this formula, and now we’re simply executing to a common plan,” said Scott Chappie, Space Systems Command’s mission director. “As we move forward together, we’re methodically expanding reuse for our NSSL missions, to further leverage the benefits for us and our space vehicle teammates.”

This was the fifth GPS III satellite that SpaceX has launched for the Space Force, following launches in December 2018, June 2020, November 2020, and June 2021.

United Launch Alliance (ULA) will launch the next GPS III satellite  — SV07 — on its Vulcan Centaur rocket per an SSC task order awarded in May 2022.

Lockheed Martin said that GPS III satellites SV07 through SV10 are completed and in storage at the company’s facility, awaiting launch. Lockheed is also under contract to design and build SV11-20, the GPS III Follow On (GPS IIIF), which will have an accuracy-enhancing laser retroreflector array, a new search and rescue payload, and a fully digital navigation payload.