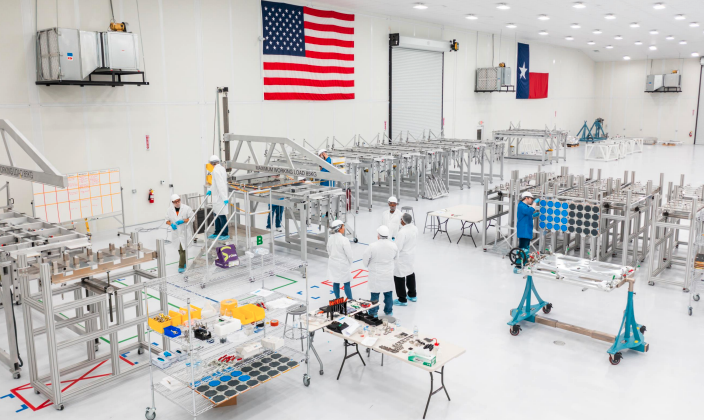 SpaceX will launch AST SpaceMobile’s BlueWalker 3 test satellite from Cape Canaveral, Florida during the week of August 15, according to an AST SpaceMobile statement posted Monday.

BlueWalker 3, which will gauge the company’s ability to operate a space-based cellular broadband network accessible directly by standard mobile phones, was initially expected to launch on a SpaceX rocket in March. AST previously acknowledged that it would need to pay SpaceX a “rebooking” fee if it pushed back the launch, though the company did not provide the fee amount.

“The launch of BlueWalker 3 is the culmination of years of effort by our engineers to let us test connecting the phone in your pocket, with no modifications to the phone, directly with one of our satellites in space,” Abel Avellan, Chairman and CEO of AST SpaceMobile, said in the announcement. “This revolutionary technology supports our mission to eliminate the connectivity gaps faced by more than 5 billion mobile subscribers today moving in and out of coverage, and bring cellular broadband to approximately half of the world’s population who remain unconnected. We want to close the gap between the digital ‘haves’ and ‘have nots’.”

BlueWalker 3 carries a 693-square-foot phased array that is designed to test cellular broadband communications directly with standard mobile phones, from space. AST SpaceMobile has invested approximately $85 million in the satellite’s development and the company said its engineers have conducted more than 800 ground tests with BlueWalker 3.

AST SpaceMobile holds an experimental license from the FCC that allows the company to test BlueWalker 3 satellite-to-phone connectivity in the United States at sites in Texas and Hawaii. Once BlueWalker 3 is operational, the company plans to conduct testing on 5 different continents, in coordination with mobile network operators, including Vodafone, Rakuten Mobile, and Orange.